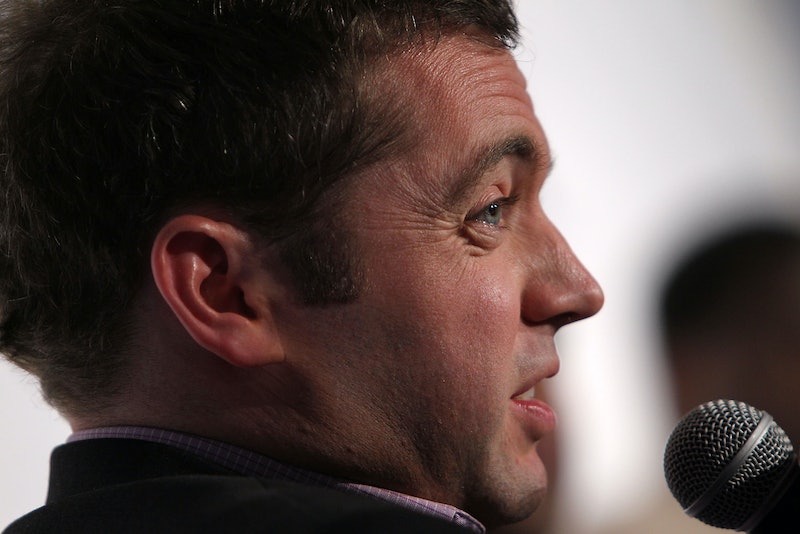 Perhaps you hadn't heard of Michael Hastings until you heard the news that the 33-year-old journalist died in a car crash Tuesday.

But those in power knew who he was all right, and often all too well: His reports from the ground in both recent wars, his cutting political profiles, and his tense back-and-forths with colleagues on the campaign trail earned him a reputation for not only asking tough questions, but publishing their unflattering answers.

Hastings was a reporter's reporter, a journalist respected for, as his boss at Buzzfeed wrote, "writing stories someone didn't want him to write – often his subjects; occasionally his editor." As the statements of grief continue to flow, we've rounded up six reads that demonstrate why the media so mourns this loss:

Hasting's searing profile of (former) U.S. Army General Stanley McChrystal in Rolling Stone quotes the Army's highest-ups contemptuously criticizing just about everyone in the Obama White House (even referring to Joe Biden as "Bite Me"). Gen. McChrystal was relieved of his post soon thereafter, and Hastings's story—which stood up to considerable scrutiny—won him the prestigious George Polk award for magazine reporting. Hastings did not foresee the fallout from the piece. As he told Matt Lauer: "I did not think Gen. McChrystal would be fired. In fact, I thought his position was basically untouchable. I thought it would give them a headache for maybe 72 hours."

Just after the controversy in Benghazi, Philippe Raines told Hastings to "Fuck off." Hastings replied: "I'll take that as a non-denial denial." And then he published the whole email chain on Buzzfeed.

An excellent list of tips for young reporters, including: "Do not mention how you want to be a writer, use the word "prose," or say that deep down you have a sinking suspicion you are the next Norman Mailer."

4. An excerpt from his book I Lost My Love in Baghdad.

Hastings wrote a memoir describing what it was like to lose his 28-year-old fiancé to an ambush by armed insurgents in Baghdad. The book was mocked by the likes of Gawker (shocker there), but try not to feel for the man who remembers the last time he saw her: "I know the Iraqi Islamic Party is shady. I know they are hypocrites. I know most political parties in Iraq are complicit in the killing that is taking place in the country. Why did I not put all of it together when Andi told me she was going to visit with the IIP days earlier? All I said was, Be careful."

5. The Story Of the Last American POW in Afghanistan

In another Rolling Stone knockout, Hastings documents the politics and circumstances of "a crucial pawn in negotiations to end the war"—or, as Hastings so poignantly argues, a young soldier named Bowe Berghdal. He wrote: "Bowe's own tour of duty in Afghanistan mirrored the larger American experience in the war—marked by tragedy, confusion, misplaced idealism, deluded thinking and, perhaps, a moment of insanity. And it is with Bowe that the war will likely come to an end."

More like this
How To Follow The New Royal Family Social Media Accounts
By Sam Ramsden
The 'Firefly Lane' Book Ending Teases Way More Tears To Come In 2023
By K.W. Colyard
Allie Rowbottom Will Have Her Feminism With A Side of Botox
By Samantha Leach
'Bridgerton' S3 Teases Exciting Social Season For Penelope Featherington
By Bustle
Get Even More From Bustle — Sign Up For The Newsletter