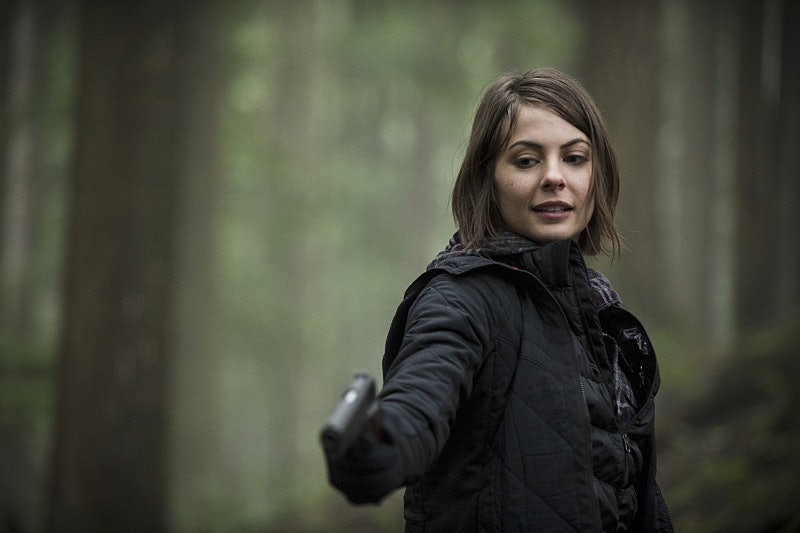 Just when you think it's going to be a nice, relaxing day of training on a deserted island, it turns into a survival of the fittest match against your worst nemesis, Slade Wilson. However, Deathstroke's return wasn't the only thing that brought Oliver and Thea's family bonding session to a crashing halt. During Wednesday night's Arrow episode "The Return," Thea finally discovers that she killed Sara Lance while under the influence of a special drug given to her by Malcolm Merlyn. And, as you can imagine, she did not take the news well.

We knew this information would trickle out eventually, especially now that all of Oliver's secrets seem to be coming out these days. But that didn't make Thea's heartbroken reaction any less difficult to deal with. I mean, it's hard enough to comprehend that you're responsible for taking another human being's life (knowingly or not), but to also discover that your own father is the one who made it all possible is just downright unbearable.

Thea's proven to show extreme growth and maturity throughout this entire season, so I'm hoping this newfound information will only help to make her all the more stronger because of it. Oliver assured her that she was not responsible for what happened to Sara. That the fault lies completely with Merlyn. But information like that can really change a person, and sometimes not for the better. She may have made the smart decision by not killing Slade like Merlyn wanted her to, but that doesn't mean she's completely in the clear.

Slade said it himself, she's been touched by darkness, whether Oliver wants to admit it or not. It's just a question of how far she could end up tumbling down that dark and dangerous rabbit hole. Could this be the start of Thea's character taking a villainous turn? For Oliver's sake, I hope that's not the case.