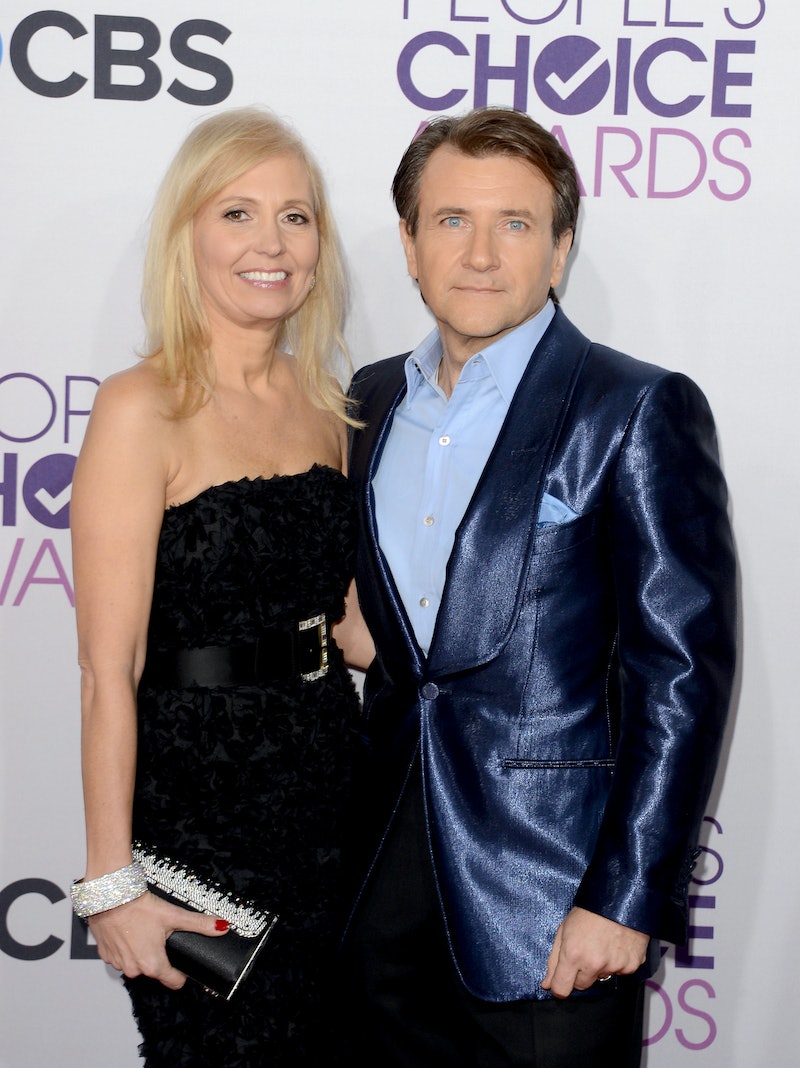 Let's be real, ladies and gentlemen. If you could choose one millionaire from Shark Tank to date, it would be Robert Herjavec. How could anyone resist that thick, brown hair, those snazzy suits, or those baby blues? One woman I'm sure knows that all too well is Herjavec's wife Diane Plese.

Shark Tank is all business, nothing personal, so we rarely get to hear about anything besides what the company currently presenting does and its profits. Herjavec has been slightly more vocal than most about his family life. We sometimes get a sense of what products his kids will or won't like, for instance. However, for such a family man, we rarely get to hear about Herjavec's wife.

But we really should. Not only can you tell from the above image that she's just as gorgeous as he is, but you will soon learn that she is also intelligent and extremely dedicated to the Herjavec clan. Only someone as equally cool — or maybe even more — could be married to one of the hippest sharks. Read on to find out more about Plese, and you're sure to fall in love with her as much as Herjavec did.

They've Been Married For More Than 2 Decades

When Herjavec finds something — or someone — to invest in, clearly he goes all in.

I don't know about you, but I totally expected Herjavec to be married to some high-powered businesswoman. Apparently, that is so not the case, which is probably for the best since opposites attract and all that jazz. No, Plese is an optometrist, and she was actually Herjavec's eye doctor, which is how they met. So yes, it was literally love at first sight.

For two busy people, Herjavec and Plese actually have quite a big family. They have one son named Brendan and two daughters named Skye and Caprice, who are all in their early 20s or teens. Herjavec also put his career on hold for three years to be a stay-at-home dad, so this family is kind of the greatest.

She Loves to Entertain At Their Ginormous House

Herjavec and Plese live in a 50,000-square-foot palace, essentially, in the fancy-schmancy Bridle Path area of Toronto. Whatcha gonna do with all that room? Entertain, of course. The couple has gained quite a bit of notoriety for their elegant home and even more for hosting a gala fundraiser in it for Toronto's Princess Margaret Hospital in 2006. But really, if you lived in a house like this, you would do the same.

Someone with the Twitter handle @DianePlese joined the social network in 2009 and hasn't tweeted since March 25, 2011. It's unclear if this is in fact Plese's account or just one made by someone with the same name or perhaps even pretending to be her. Whoever it is does tweet a lot about Shark Tank and mentions Herjavec quite a bit. Unfortunately, you probably don't want to follow her on Twitter. Most of her tweets are either incoherent status updates or random tweets about Shark Tank. But then again, none of us looked good in our early days of Twitter either.

However, it's never too late for Plese to start tweeting again and make a name for herself. I for one am looking forward to hearing more from her.