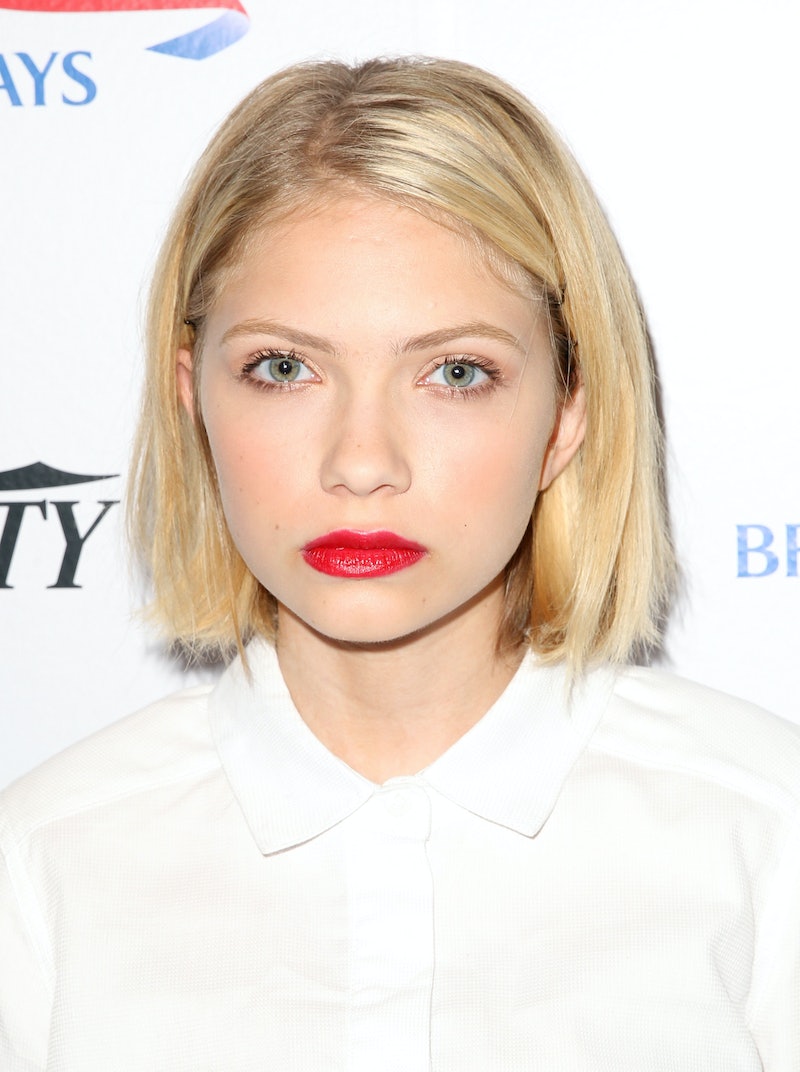 Well I am new here.... Lately I've been really interested in fashion, and I like to make binders and slideshows of "high-fashion" modeling and designs. I'd like to know of neat websites and magazines, so comments are welcome. I plan on posting pictures in the future, but for now, I'm just getting started. Yours truly, Tavi

The above text is Tavi Gevinson’s first entry on her blog Style Rookie, posted on March 31, 2008. She was 12 years old when she wrote it. The modest, ellipsed introduction and self-conscious scare-quotes belie what eventually followed: a five-year reign as the Internet's primary arbiter of adolescence, first with her own blog, then with Rookie magazine, the online publication for teenage girls (not to mention a horde of fascinated non-teens) she has been running for two years.

Since that first blog post, Gevinson has worn a giant bow hat in the front row of a Christian Dior runway show, shared a couch with Jimmy Fallon, received a sheer and ragged black dress as a gift from Courtney Love, chit-chatted with Ira Glass. She is one of the most obvious examples of the Power Of The Internet — a precocious kid in frumpy-chic outfits who would have languished in Oak Park, Ill. if not for a platform that let her share her aesthetic quirks with a curious and ultimately obsessed fanbase.

The transition from blog to book isn’t seamless. We don’t necessarily want the same things from print as we do from the Internet. Online publications run on a constantly updating loop; newness is prized, archives are buried, and infinite scroll makes it possible to consume words and pictures in giant, unquenchable gulps. And the Internet can’t replicate the things we need from books — the tactile quality, the size, the fact that the pages aren't backlit and constantly burning out your retinas. The media scratch different itches; they run at different speeds.

Gevinson may have found her fame online, but the visual and textual style she pioneered for Rookie has conspicuous roots in, well, IRL-ness. In short, Rookie magazine takes the on-paper realness of adolescence and digitizes it. The words that comprise Rookie show a carefully cultivated knowledge of the things that happen to teenagers outside of the Internet. Monthly theme songs and music playlists replace the hand-decorated mixtapes passed between kids in high school. Contributors share diary entries, both confessional and silly. And the art that adorns the words takes cues not from slick digital design, but from the tactile, material realm: collages, pen doodles, crayon drawings, Polaroids photos, loose glitter clinging to wet ropes of glue. Digital art is cheeky and nostalgic: cartoon speech bubbles that bear burning questions ("Why can’t I stop eating snacks?"; "My dad is sexist!") printed in Comic Sans.

So does it even make sense to take that aesthetic and put it back on paper? Shouldn’t the constant refresh of new and nice-looking words and pictures trump something as static and stately as a book?

I found Rookie Yearbook Two in the "teen non-fiction" section of Barnes & Noble. The book itself is large, the cover image a grainy photograph, the pages matte, not shiny. The whole package is pitched somewhere between coffee table book and photocopied 'zine. Inside is a mix of repurposed content from the online publication (a story called "The Year I Learned Everything" by Roxane Gay, an advice piece from Sarah Sophie Flicker) and new material from people like Lena Dunham and Mindy Kaling. There are stickers. There are tarot cards. There are beautiful photographs of girls of all races and body types, many of whom have pastel hair. The text is so tiny, it reminded me of the way Bibles are printed.

In a way, Rookie Yearbook Two exists as proof of the website: here is a physical thing we publish once a year that represents a ton of content continually published throughout the year. But it's also a totem, a resource, a spellbook. There is no delete button for a book. Snapchats disappear, but a book doesn't. Adolescence isn't permanent, but a book is.

In her most recent Style Rookie blog post, Gevinson reproduced a note she wrote after taking a road trip with her boyfriend and snapping his photo with an instant camera.

"The photo got exposed in the streetlight and came out as a mess of brown and blue spots. In a panic, I rapidly replay the day's events in my mind, and jot down a few details to remember. At some point, my notes turn into questions that I just can't shake:

'You can't grasp your legacy when alive, and it makes no difference in death. What if I leave behind no record? What if I let every day vanish? If I don't archive anything, am I free to change?'"

For better or for worse, Rookie Yearbook Two leaves behind a record. Tastes may evolve, and the doodles and collages that represent teenagedom might lose their luster over time, but Gevinson has archived everything in a way that, rather than hindering the personal growth of teenagers like herself, lets them measure the change against the book. Pastel hair and all.