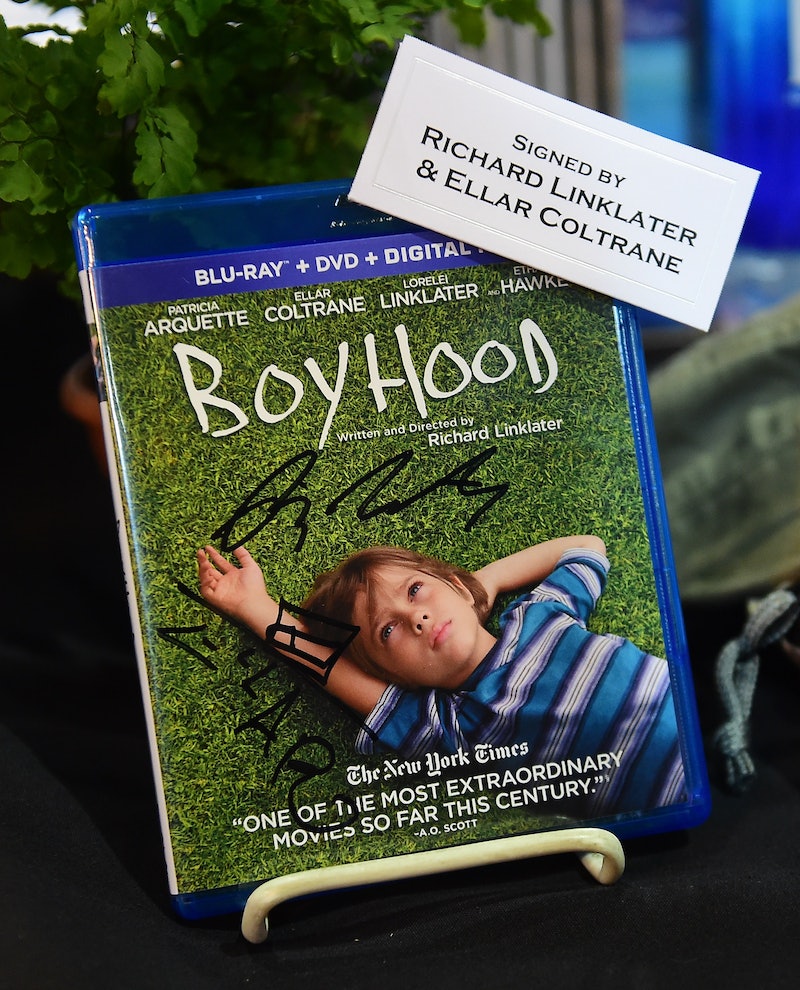 Since opening last summer, Boyhood won the hearts of audiences with director Richard Linklater's groundbreaking gimmick: The film followed the life of young boy Mason (Ellar Coltrane) over the span of 12 years — and the movie literally filmed the same actors over those 12 years. No actors needed to play the younger or older versions of another, because stars Ethan Hawke and Patricia Arquette were aging in real time as they shot scenes for the film since 2002. This unique and years-consuming concept has given Linklater's masterpiece a considerable amount of acclaim and Academy Awards buzz. And on Sunday night, it could be the very reason Boyhood wins the Best Picture Oscar.

While Birdman has been cleaning it up when it comes to the industry awards, Boyhood could surge ahead and surprise some by taking home the top prize on Oscar night. After all, it wouldn't be the first time there was an upset for the Best Picture Award — remember when Shakespeare In Love won over Saving Private Ryan in 1999, or when Crash took home the Oscar instead of the renowned Brokeback Mountain? If there's anything to love about the Academy Awards, it's that surprises are always possible.

But to some, Boyhood winning wouldn't be such a shock. Here's why the 12-year production could be a big winner on Oscar night.

The Best Picture Award honors a film's producers and how well they've pulled off some pretty challenging productions. It's why James Cameron won big for Titanic and why throwback black-and-white film The Artist won in 2012. For producers to stick around and coordinate — not to mention finance — a production for over a decade shows real dedication and deserves to be rewarded.

The belief used to be as follows: A movie had Best Picture totally in the bag if its director took home his (or her) own Oscar for directing. But now? Not so much. Linklater does have a fighting chance, though. Not only has the director pioneered his own groundbreaking filmmaking (the Academy loves that), but he's also took home a number of other industry awards this season for directing. Linklater won Best Director honors from the Golden Globes, Boston Society of Film Critics, BAFTA, the Critics Choice Movie Awards, London Film Critics' Circle, Los Angeles Film Critics Association, and the Satellite Awards.

Boyhood was a challenge itself (as described above) and the Academy loves to honor that. It's most likely why Ang Lee took home Best Director for Life of Pi, because you try directing a live tiger. Perhaps if Linklater takes home Best Director, a Best Picture award won't be far behind on Sunday night.