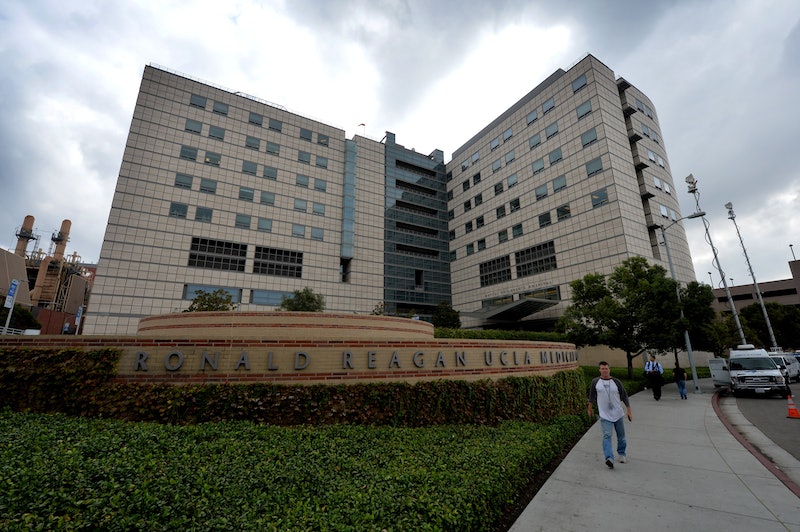 File under: terrifying. A California hospital allegedly exposed nearly 200 patients to a "superbug" bacteria that's resistant to most antibiotics. Officials at the Ronald Reagan UCLA Medical Center notified former patients this week of the deadly outbreak, which so far has killed two people. Another five patients have reportedly contracted the bacteria.

The hospital said in a statement on Wednesday that more than 100 patients were told they "may have been infected" by the bacteria, which is formally known as carbapenem-resistant Enterobacteriaceae (CRE) bacteria. The Los Angeles Times on Thursday reported that the number of patients potentially at risk for contracting the superbug jumped to 179.

UCLA medical officials believe the outbreak likely began during complex endoscopic procedures, which use long scopes that are inserted through a patient's throat to see the inside of the body. These procedures are typically done to treat certain types of cancers, gallstones, and pancreatic complications. While the hospital said the two scopes used for the procedures were properly sterilized, bacteria can still form on the scopes and be transmitted from patient to patient, because the scopes are notoriously difficult to clean.

The hospital made the discovery of the exposure after an internal investigation, and believes the CRE bacteria was a "contributing factor" in the two recent deaths. "Similar CRE exposures using the same type of scope recently have been reported in other hospitals in the United States," UCLA medical officials added in a statement.

The two scopes believed to be involved with the bacteria infection have been removed from the medical center. "UCLA is now utilizing a decontamination process that goes above and beyond manufacturer and national standards," hospital officials said.

But the "above and beyond" efforts may be a little too late. CRE bacteria can be incredibly fatal, killing 40 to 50 percent of patients once it enters a patient's bloodstream, according to the LA Times. This type of bacteria is also highly resistant to antibiotics, the Centers for Disease Control and Prevention states, making it more difficult to treat.

Dr. Alex Kallen, an epidemiologist with the CDC's Division of Healthcare Quality Promotion, added to the news source that this recent outbreak at the UCLA hospital can be highly dangerous if more people are exposed. This bacteria is emerging in the U.S. and it's associated with a high mortality rate,” Kallen told the LA Times. “We don't want this circulating anywhere in the community.”

UCLA hospital officials said they've contacted the California Department of Public Health, and are working close with the state to monitor the outbreak. The hospital is also sending home-testing kits to exposed patients, just to be on the safe side.