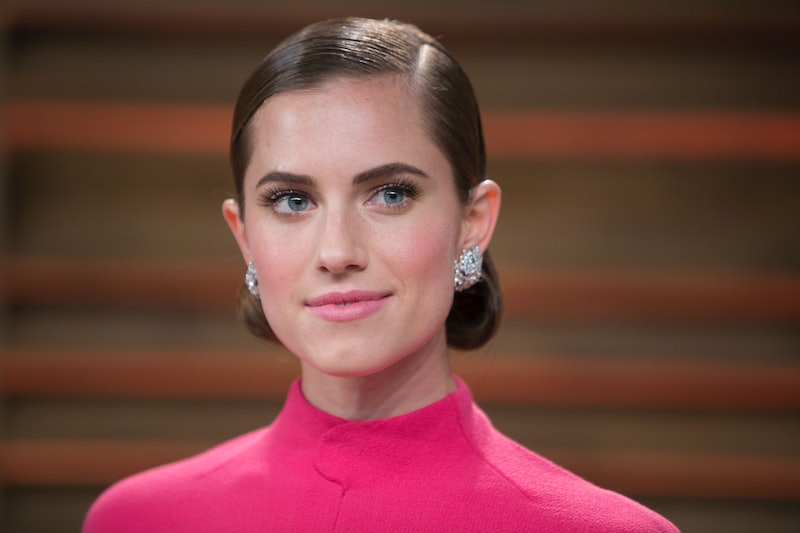 The wedding bells have been put on hold for Allison Williams, but it sounds like it has nothing to do with anything her fiancé did. Instead, Allison Williams' wedding is delayed because of father Brian Williams' suspension from his anchor position at NBC News, as well as because of her own work. Williams strongly defended her father as a newsman to trust during a Q&A with Seth Myers on Feb. 18, but seeing as the Girls star has delayed her wedding plans, it is likely that the situation has at the very least been stressful for her. But the good news is that both still seem to be excited about the upcoming nuptials, despite the delay.

This might make some of Williams' fans curious about her fiancé, to whom she became engaged about a year ago. Ricky Van Veen, who she has dated for nearly four years, is a co-founder of the website College Humor. The two reportedly met through mutual friends and seem to be a happy pair together. While Van Veen obviously has a sense of humor in common with the HBO star, he also has had a large amount of success in the business of his site, similar to Williams finding success on the hugely popular television comedy series.

Van Veen created the popular website with a friend of his while he was a freshman at Wake Forest University in 1999. At the time, the site started as a small collection full of funny photographs and jokes, but by 2006, the guys were able to sell a 51 percent stake in College Humor's parent company to Barry Diller’s InterActiveCorp for nearly $20 million. What's more is that they continued to run the site afterward. But running the site still wasn't enough for Van Veen. He wanted to transform College Humor from being a successful comedy website into a company that could replace material in movies and TV, according to a 2010 profile in New York magazine. Though it is difficult to say when exactly that will be accomplished, he had quite a few interesting things to say about the culture of viral videos (a huge part of online comedy) that are worth some thought. For instance, he said,

Viral videos aren’t just about being funny. They’re about identity creation. You send the video to your friends to say something about yourself. You’re saying, "I get this. Do you get it?"

It seems like Van Veen certainly gets it, considering the huge amount of success he has had with the comedy website. So it's only fitting that he would match well with a funny girl who has had quite a bit of success in her own right on her show.

Here's hoping the two lovebirds will have success in planning their wedding soon, after everything calms down a bit!