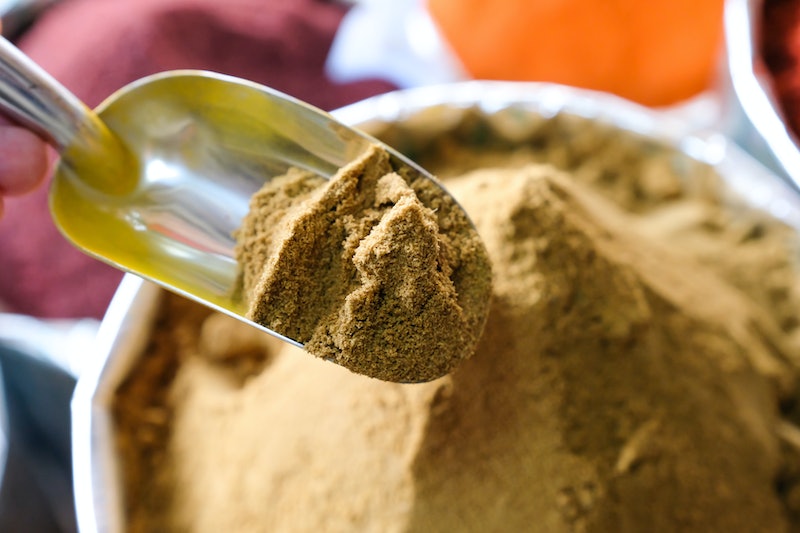 The Food and Administration just made a major recall not because of possible foodborne illness, but due to a different kind of contamination. The FDA just recalled hundreds of cumin products after finding traces of peanut, a potentially deadly ingredient for those who are severely allergic. Undeclared allergens are one of the most common reasons for food recalls in the U.S., but a recall of this scope is relatively rare. The products include the cumin spice itself as well as other products containing the spice. Though the amounts of the peanut allergen are small, the FDA is still advising that anyone with peanut allergies stay away from these products completely.

The recall states that certain products that contain ground cumin or cumin powder have been found to contain an undeclared peanut protein. While the contaminant may seem innocuous to most, especially when compared to bacteria like Salmonella or E.coli, consuming peanuts can be much more serious because it's life-threatening. Instead of exhibiting symptoms like vomiting or diarrhea for a period of time, which alert you to the fact that you've contracted food poisoning, people who are highly allergic to peanuts will quickly experience anaphylaxis and anaphylactic shock, which leads to difficulty breathing, circulatory collapse, and sometimes heart failure. In other words, the effects are severe and immediate, and oftentimes the affected are not able to seek medical help in time.

Which explains just how seriously the FDA is taking this recall. Since they first began the recall in December, the FDA has taken hundreds of products off the shelves, including spice mixes, meats marinaded in spices, and even black beans.

The specific products that have been recalled so far include:

Cumin is a popular spice in Mexican, Indian, and Asian cuisines, so those who are allergic might want to avoid eating these foods until the recall is over. The FDA also advises that consumers check packaged products to see if cumin is listed in the ingredients. The agency also notes that some products might not list cumin specifically, just "spices," so those who have allergies should call the manufacturer to see if cumin is used. If after you eat something and begin experiencing symptoms, like shortness of breath, swelling of the lips, throat, or tongue, or hives, seek medical help immediately. Products made before 2014 are unlikely to contain the contaminated cumin, according to the FDA.

According to FoodAllergy.org, an estimated three million people in the U.S. have reported allergy to peanuts and tree nuts. And every three minutes, someone goes to the emergency room with a food allergy reaction. That's a lot of allergic reactions. To avoid the ER, watch what you eat, and if you're allergic to peanuts, check back to the FDA's site for more updates on the ongoing cumin recall.