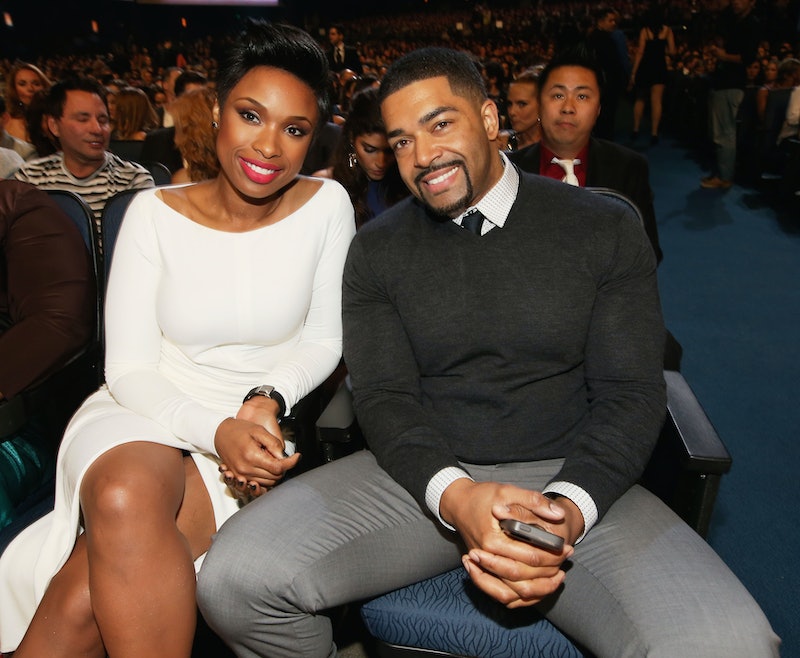 Jennifer Hudson will be performing at the Oscars this year, and it looks like she'll probably have a hot date joining her. Jennifer Hudson has been engaged to David Otunga for more than seven years, so he will likely be one of the first to cheer her on while she performs. It's hard to say for sure why they've had such a long engagement, but some speculation has been that the murders in Hudson's family back in 2008 and the subsequent trials may have been in part a cause for delay, since it was such an emotionally stressful time. If that is the case, it's completely understandable that she and her fiancé aren't rushing into things.

If you're interested in knowing more about Otunga, he's a former champion WWE wrestler. Along with making a name for himself in the ring, Otunga also helped with some good work with the WWE's anti-bullying campaigns and other charitable causes. He has also appeared on VH1's I Love New York 2. But wait, there's more. Otunga is also a graduate of Harvard Law School.

Obviously, he has a very impressive resumé under his belt, but what's even more important is his willingness to use his platform to speak on the cultural impact of being one of few African Americans in doing such high-profile work in wrestling. And he also talks quite a bit about how much he adores Hudson.

In an interview with The YBF, Otunga talked about breaking down those racial barriers in the WWE, among other places. He said,

I try to use the platform to show everything that I can do. Not just to show that I'm a wrestler, but also that I’m a lawyer too. I graduated from Harvard Law School and I do a lot of different things in that area. Also, I do a lot of the WWE charity events and I give talks about bullying. I tell kids that you can achieve anything, no matter who you are or where you came from. I really stress that to the African American kids. I’ve achieved everything I wanted. I set a goal and I achieve it.

It's important that Otunga is so open about his success since there are probably a lot of young people that have watched him wrestle on TV. If young men, particularly young men of color, can see that Otunga can do well in multiple fields while still advocating for treating others with respect in anti-bullying campaigns, they will be likely to consider his words and hopefully take them to heart. It's a positive thing that Otunga has come so far without forgetting that he can still help inspire others who are interested in following his path.

In that same interview, Otunga also had kind things to say about Hudson, namely about falling in love with her. He said,

It's just one of those things… one day it's there. You wake up and you can't imagine your life without this person.

Short, sweet, and to the point. It's good to hear him speak so highly of her role in his life. In the meantime, keep your eyes peeled for this pair at the Oscars!