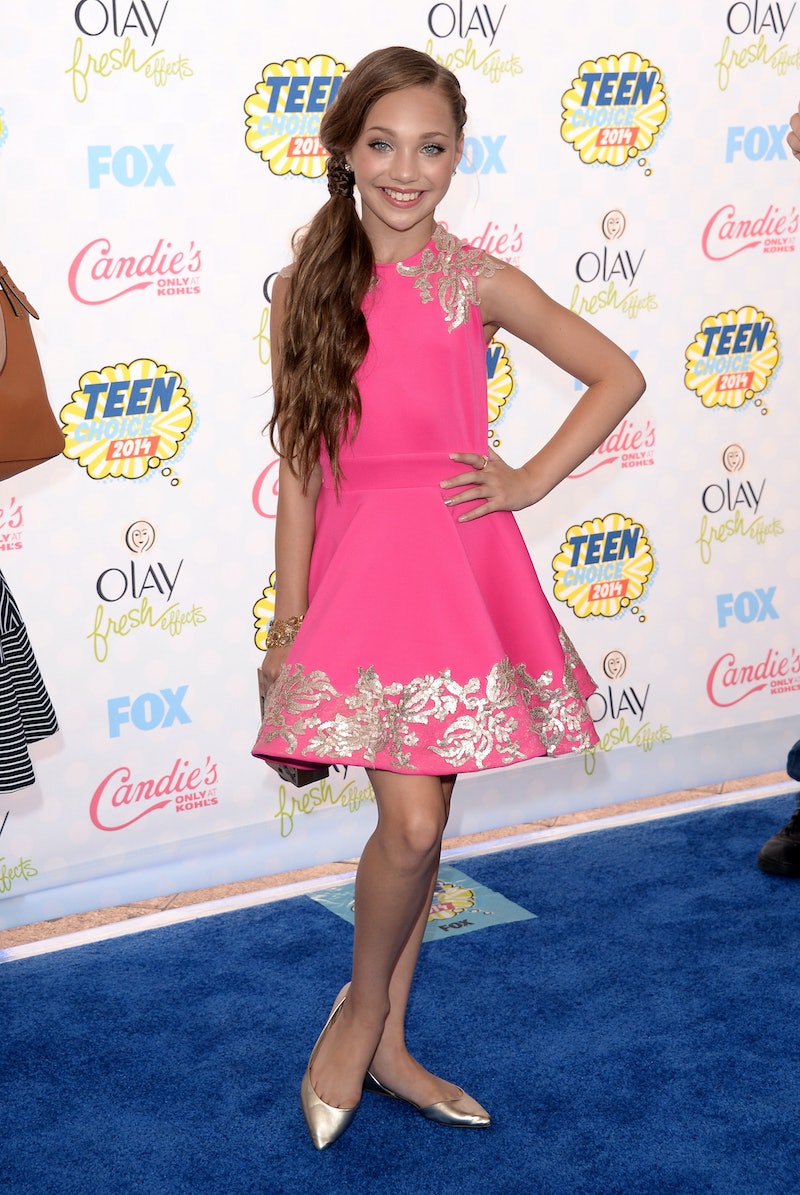 She's used to always being on top of the pyramid on Dance Moms, but nowadays Maddie Ziegler is also on top of the world. The next realm the pint-sized dancer is set to conquer? The fashion world. That's right — Maddie Ziegler is a New York Fashion Week correspondent for Elle.com. Yup, because this 12-year-old is now more stylish than the rest of us, in addition to being insanely talented.

All week long, Ziegler has been accompanying the magazine's fashion editors to shows and snapping backstage pics with models. But she's not simply just taking over fashion week, girlfriend is taking over everything. It's Maddie's world and we're just living in it.

Dance Moms has been my Tuesday night guilty pleasure since the show's debut in 2011. I knew I had a problem after I suffered a minor meltdown when I studied abroad in Australia and their notoriously awful Internet connection prevented me from streaming the show. "BUT HOW WILL I KNOW WHO'S DANCING AT NATIONALS??!" I cried via Facebook Messenger to my friends back in the states.

Today, I consider myself a recovering Dance Moms addict and have slowly weened myself off of the jazz routines and mama drama (there should really be a 12-step program for reality shows) The best part of my old Dance Moms obsession? Seeing 12-year-old Maddie grow into the superstar she is. Even during the first season, when Maddie was only a teeny tiny eight-year-old, she was shutting it down with flawless lyrical solos and sassy little twirls. The debut of the Internet-shattering "Chandelier" music video brought Maddie international fame and since then, opportunities for Ziegler have been coming left and right. World domination has got to be just around the corner, right?

With her new Elle.com gig, Maddie's trendy threads come as no surprise. But seriously, do you even see that embelished blazer??!

3. Her Beauty Routine Is Always On Point

Maddie told Fashionista that her daily makeup look consists of concealer, blush, winged eyeliner, and a soft gold eyeshadow. I'd never thought I'd want a 12-year-old to do my makeup, but here we are...

Maddie knows how to keep her cool during stressful and emotional music video shoots and isn't afraid to push herself when it comes to acting — even if that means interacting with a dirty, greasy Shia LaBeouf. Girl's a pro...

5. She's Not Even Old Enough To Drive Yet Has Performed At The Grammys

Pack it up now, folks. We'll officially never be as cool as this 12-year-old.

6. She Always Has Her Friends By Her Side

One of the best part of Dance Moms is watching the adorable friendships between the girls of the ALDC. I think it's safe to say that Maddie wouldn't be as successful as she is without the support of her pirouetting peeps.