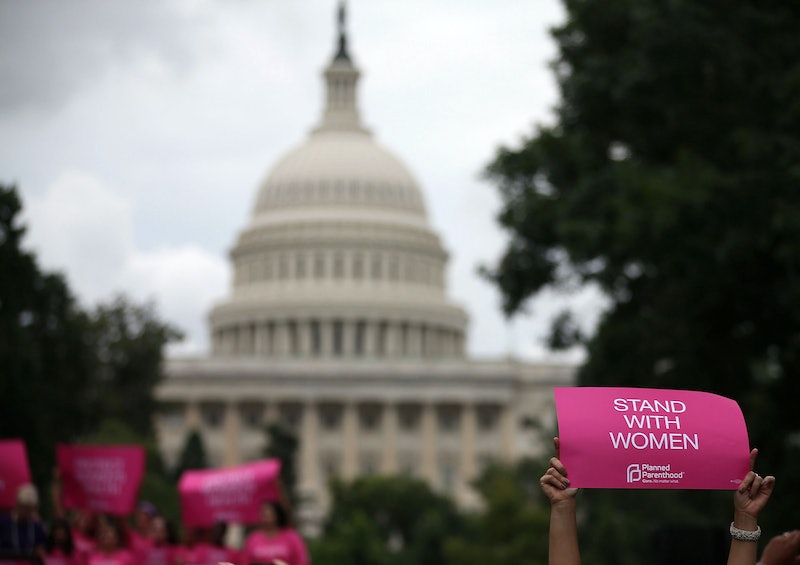 Even though Roe v. Wade made abortion legal in the U.S. more than 40 years ago, state governments continue to limit women's freedom of choice. Especially in the South, anti-abortion laws continue to limit doctors' ability to provide safe and legal abortions. Now Kansas, Missouri, and Oklahoma legislatures have introduced anti-abortion bills that would prohibit the safest and most commonly used method of second trimester abortion in America.

All three state legislatures are trying to criminalize the use of dilation and evacuation (D&E), which many women prefer because it's faster than other methods and doesn't require hospitalization or going through labor. If the bills become law, doctors in Kansas who provided a D&E abortion would be charged with a class A misdemeanor and a second conviction would be a felony. Similarly, physicians in Missouri and Oklahoma would be given a $10,000 fine, up to two years in prison, or both.

Across the country, abortion clinics are disappearing due to prohibitive anti-abortion laws. Mississippi, South Dakota, and Wyoming each have only one clinic left in the entire state. From 2011 to 2013 more laws restricting abortions were passed than in the entire previous decade. So where does this leave our freedom of choice?

Legalized abortion means nothing if there's nowhere for them to take place and no legal method for providing them. Criminalizing a medical practice that's proven to be safe for patients does not make legal or medical sense. And since when are legislators qualified to make medical decisions in the place of doctors?

The newly introduced bills in Kansas, Missouri, and Oklahoma further limit women's already incredibly limited access to abortions. All three states already have numerous restrictive abortion laws on the books, including one that requires women to receive state-directed counseling designed to discourage abortions and then wait 24 to 72 hours before having one can be provided.

If things continue in the same direction, abortions will soon be a thing of the past. Having the right to choose something unobtainable is completely futile.