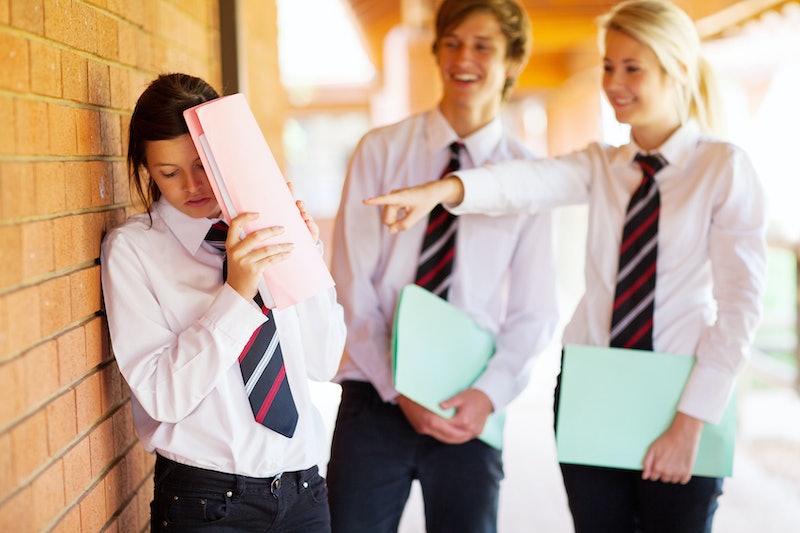 We've all been told (and maybe have experienced) the pitfalls of being slut-shamed...but could being shamed for not having sex or being promiscuous actually be something that has social consequences? Cristen of Stuff Mom Never Told You not only believes that prude shaming is a real thing, but that it's actually connected to slut shaming. "It's all judging people, usually women, based on the sexual decisions that they do or don't make," she explains.

Prude shaming (as explained by the video) is the condemning of people based on their choice to not engage in sexual activity. Many people actively choose to be abstinent, wear purity rings, or stay virgins until marriage, but are often looked at as being uncool or not with the times. In fact, the video topic was based on a question Cristen received from a viewer, who was questioning this type of stigma, as it is something they'd seen others experiencing. So if you've ever rolled your eyes at someone who decided to take a virginity pledge or thought that a friend who was still a virgin at 20 needed to get their shit together, you're guilty of this practice.

Although the commenter asked if prude shaming was on the same plane as slut shaming, it actually comes around full-circle. Cristen points out that the only reason we even have a concept of a prude is because we have a concept of a slut; they are essentially two-sides of the same coin. "I think that if we tackle slut shaming honestly and comprehensively, we are also going to tackle this thing of...prude shaming," she says.

Although we often think of these issues around sexuality as being related to womanhood, Cristen points out that men can experience prude shaming, too. After all, it involves judging people for not following the societal norms of sex and being sexually active and even aggressive is a massive part of masculinity.

If you want to learn more about prude shaming and why it's a really harmful practice, watch the video below.