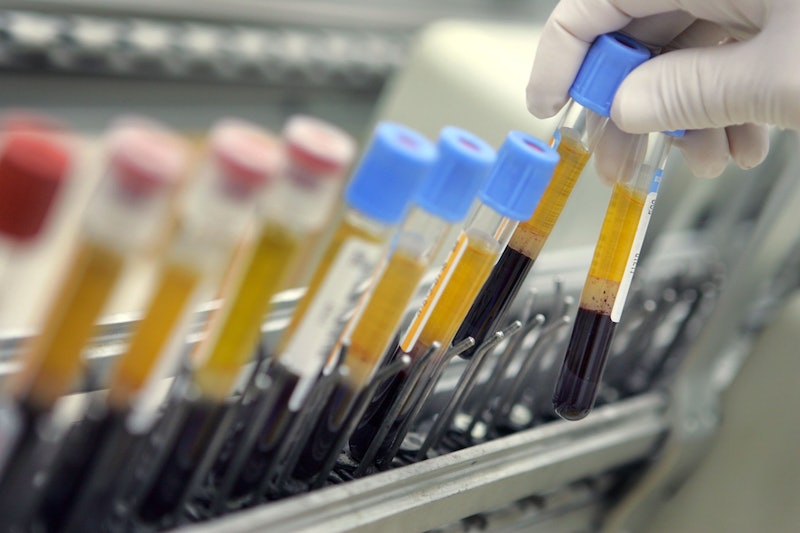 Forget test tubes: This year's winners of the Nobel Prize for Chemistry bridged the gaps between chemistry and computers. The three award winners, Michael Levitt, Martin Karplus, and Arieh Warshel, won the prize Wednesday for the pioneering computer models of chemical reactions they've been developing since the 1970s. Because the transfer of particles happens too quickly to map out each step individually, their work has been essential for simulating reactions; especially in the field of medicine. With the technology they've helped develop, pharmaceutical companies can test the potential of compounds in a simulation before they test them on animals or people.

"The field of computational modeling has revolutionized how we design new medicines by allowing us to accurately predict the behavior of proteins," said Dominic Tildesley, president-elect of Britain's Royal Society of Chemistry.

The scientists, however, weren't initially convinced their research would ever lead anywhere: Warshel had "infinite difficulties and setbacks" in his work, and his papers were continuously rejected.

"It was clear to me since 1975 that this technique was the most powerful one ever used in biophysics," Warshel said. "But I didn't know if I would ever be proved right in my lifetime."

As biotechnology and computers continued to expand in capabilities over the years, so did the scientists' simulations — ultimately harnessing the combined powers of classical and quantum physics. Formerly, classical (or Newtonian) physics had no way to model reactions, while quantum physics could formerly only simulate tiny molecular reactions because of a lack of computing power.

"You can really follow like a movie, in time and in space," she said. "This is fantastic detail...You can solve problems, determine why things happen - energy problems, corrosion, chemical reactions, materials, why the properties are how they are and how you could improve them to design better materials."

Levitt continues to see even more possibilities for the technology he's helped develop. One day, he hopes to simulate live organisms, which, after all, are ultimately products of various chemical reactions.