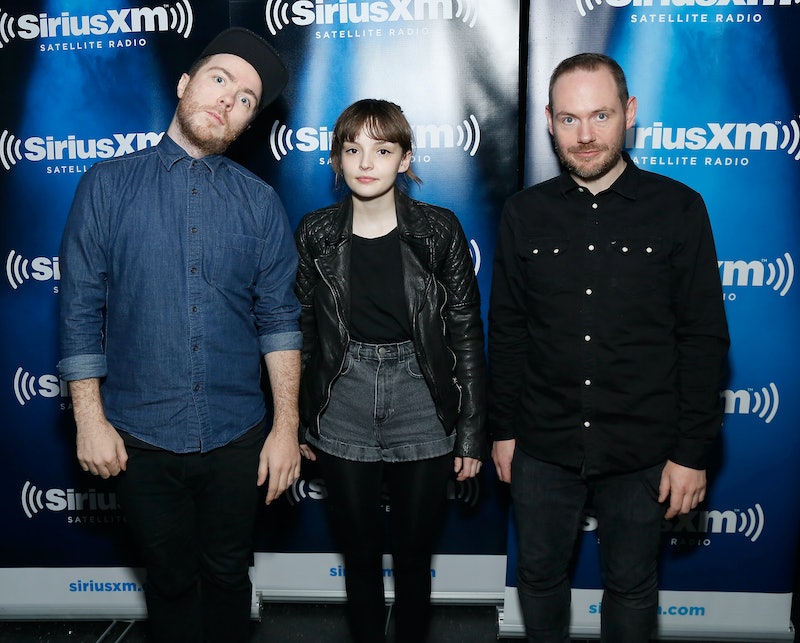 Any artist who attempts to cover songs earns my respect simply because it must take an extremely self-assured, brave individual to even think of venturing anywhere near that musical territory. Honestly, the backlash that artists sometimes endure when performing a less-than-flattering cover of their peers' music can be downright scary, so kudos to anyone who gives it a try. But judging by their track record of pulling off the most ah-mazing covers, I'm assuming the Scottish synth-pop group CHVRCHES knows nothing about such punishment. On Thursday morning at BBC Radio 1’s Live Lounge studios, CHVRCHES covered Justin Timberlake's "Cry Me A River," and of course, it sounds really good.

Instead of layered vocals like on Timberlake's Timbaland-produced original, CHVRCHES lead singer Lauren Mayberry performs a pared-down, darker version backed by intense and somewhat eerie synthesizers that, personally, make me feel like I'm traveling into outer space while distraught, brokenhearted and weeping space tears or something.

(In other words, the style is a bit more dramatic than Timberlake's — the announcer appropriately calls it "Electro-Timberlake" — but in this case, it definitely works well.)

The thing about CHVRCHES is that their covers tend to come with such a unique sonic perspective that is guaranteed to leave you with an entirely new appreciation for the original song. For evidence, please check out their most excellent spin on Whitney Houston's "It's Not Right, But It's Okay," and listen to how they flawlessly revamped Janelle Monáe's "Tightrope" and tell me you don't love every synthesizer accompanied note.

Oh, and it must make CHVRCHES beam with pride to know that Timberlake totally approves of the cover.

Watch CHVRCHES put their spin on Justin Timberlake's "Cry Me a River" below: