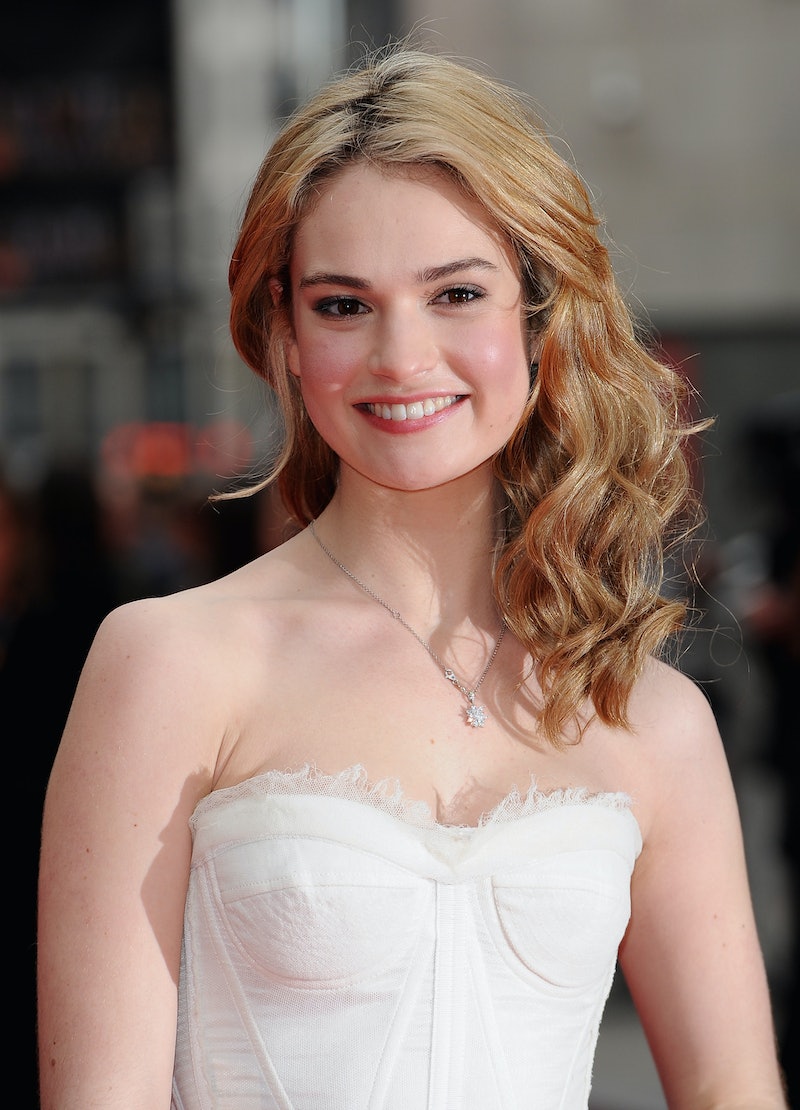 What do you get when you combine a Downton Abbey lady and a Doctor from Doctor Who? The next cute celebrity couple, that's what. Lily James and Matt Smith are dating and just made their red carpet debut as a couple, Just Jared Jr. reports. The two walked the red carpet in Milan, Italy for James' new film, Cinderella, where she plays the titular fairytale princess.

James, who is also known as Lady Rose on Downton Abbey, and Smith, who is best known as the Eleventh Doctor from Doctor Who, make one adorable couple. First, did anyone else know they were dating? I had no idea they were seeing one another. Second, I'm glad I now know, because I can start basking in their cuteness.

Let's take a look at these photos. They genuinely look happy together and are clearly having a ton of fun. James can't stop laughing and smiling, which is always a good sign that a relationship is going in the right direction. As for Smith, in addition to his smiles, it looks like he can't stop staring at James. Who can really blame him, right?

Now, let's get to these photos that prove James and Smith make one adorable pair.

I told you they're adorable, and I'm sure they'll become the new "it" couple before we know it.