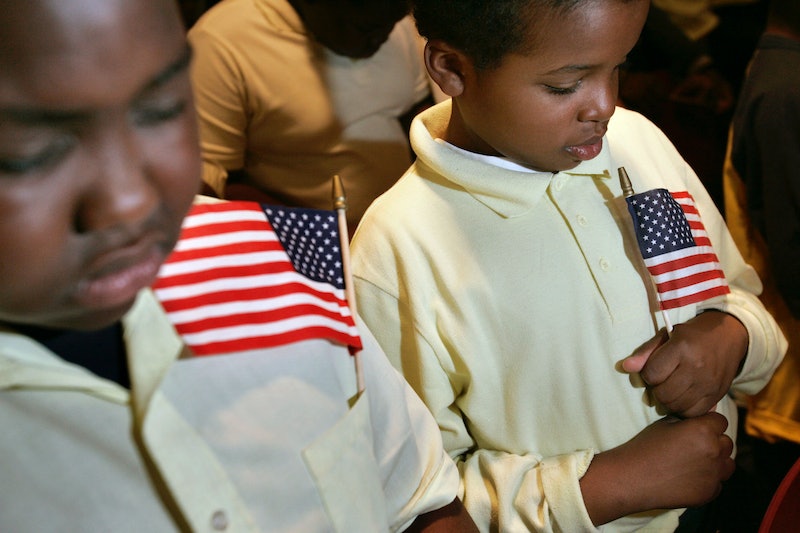 In the United States, we want to believe everyone can pull themselves up by their own bootstraps. But, unfortunately, not everyone’s bootstraps are as durable as the next person’s. Not every child gets the same resources to succeed and, according to a new data analyzed by researchers at Brandeis University and Ohio State University, minority children in urban areas face significantly more disadvantages than white children from the get-go.

The researchers discovered that minority children tend to live in neighborhoods without resources such as early childhood education centers, nearby healthcare facilities, and parks, Vox reports. Moreover, a survey of the distribution of children across the nation’s 100 largest cities — called the Child Opportunity Index — found that whereas 40 percent of black children and 32 percent of Hispanic kids lived in their area’s lowest opportunity neighborhoods, only 9 percent of white children did.

Living in a low opportunity neighborhood comes with serious costs. According to a study published in the journal Proceedings of the National Academy of Sciences in 2008, disadvantaged neighborhoods impact children’s cognitive ability, “rivaling in magnitude the effects of missing [one] year of schooling.” Scientists have found that cognitive ability “predicts adult well-being across a variety of dimensions,” including educational achievement, career success, health, and tendency toward criminal behavior.

So, that means that the costs of living in such a neighborhood persist way past the days of playgrounds and primary school. In college, for example, large achievement gaps exist between Asian students and white students in comparison to black, Hispanic, and Native American students, Inside Higher Ed reports. But while the gap might be somewhat reflective of race, it likely has more to do with class differences. While there is a gap in the test scores of white students versus black students, Inside Higher Ed reports the gap is almost two times as wide between wealthy and poor students. As The Child Opportunity Index indicates, minority children fall into the latter more often than the former.

With these facts on the table, the “pull yourself up by your own bootstraps” idea seems that much more dubious. Access to opportunity — namely the sorts of opportunities that would allow someone to pull his or herself up by their bootstraps — is doled out in vastly unequal portions amongst racial lines.

Some are pulling a lot harder than others.