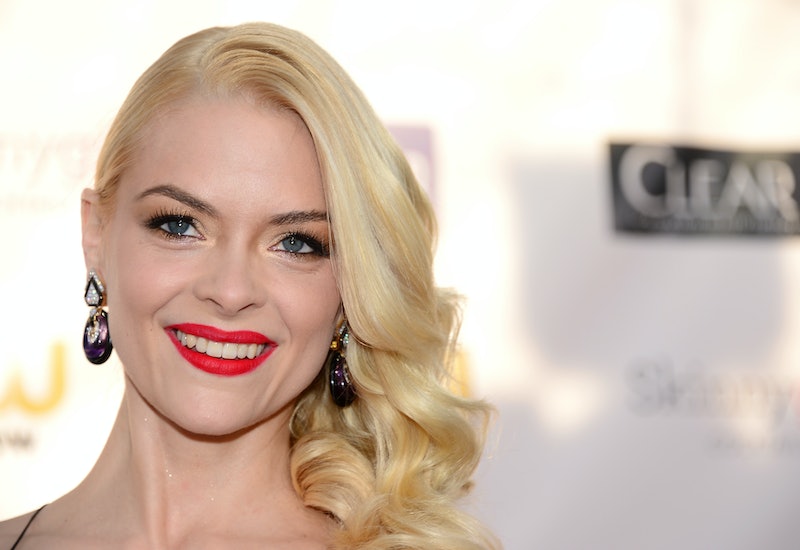 Now this is something to celebrate and jump for joy about! Jaime King is expecting her second child with her husband Kyle Newman, the Hart of Dixie actress announced via Instagram on Wednesday. The actress revealed the exciting news with a photo of her first son, James Knight, blowing bubbles with a sign reading: "I'm gonna be a big brother! Who da boss now :) I'm so excited!!!!!" King also accompanied the adorable photo with the following caption:

King and Newman welcomed James in October 2013, and she has been over the moon about her little boy ever since. If you don't believe me, just check out all of the photos she shares on social media. I'm sure she and her husband will feel the exact same way whenever they give birth to their second child.

This is thrilling news for the actress who has been 100 percent open about her fertility struggles. In an interview with People, King revealed she's suffered five miscarriages, not to mention all of the other issues she dealt with in trying to get pregnant. King "was afraid of letting others down," but eventually let others know about her struggles, which no doubt helped other women dealing with the very same thing.

A huge congrats to King, Newman, and James on their impending addition!

More like this
Katherine Ryan Has The Funniest Response For Those Who Doubt Her Husband
By Alice Broster and Darshita Goyal
Kumail Nanjiani & Emily V. Gordon’s Relationship Timeline Is Literally A Movie
By Jake Viswanath
Olivia Wilde & Harry Styles Are Reportedly "Taking A Break" After Almost 2 Years
By Jake Viswanath and Radhika Menon
Blake Lively's Reaction To Ryan Reynolds' Dance Video Was Pure Thirst
By Stephanie Topacio Long
Get Even More From Bustle — Sign Up For The Newsletter