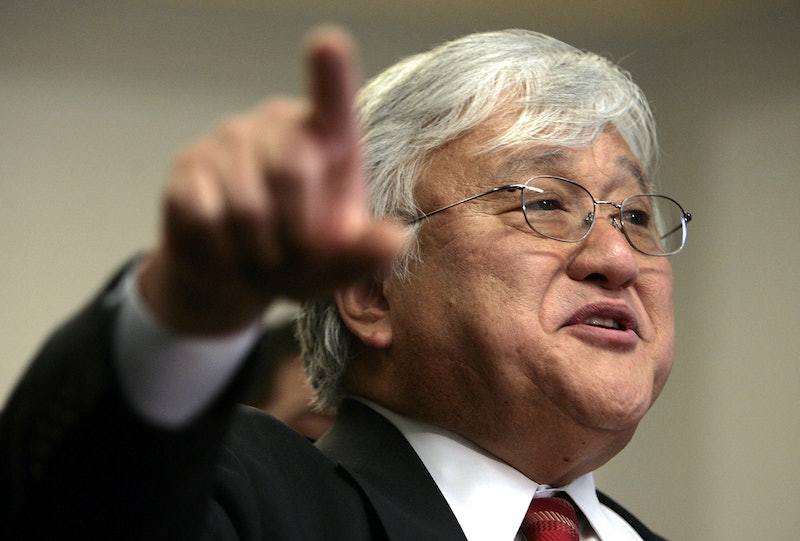 A tweet from a member of Congress is giving the transgender community some much deserved attention. Congressman Mike Honda (D-Calif.) tweeted Wednesday that he's a "proud grandpa of a transgender child," using the opportunity to comment on the bullying of transgender children. Same-sex marriage and the gay community have gained a lot of visibility in recent years, but transgender Americans have often been left out of the discussion. However, there has been progress in prohibiting discrimination based on gender identity on the national scale in the past two years.

Honda's tweet about his granddaughter says, "I hope she can feel safe at school without fear of being bullied," bringing attention to a common problem for transgender children. According to a study by the Gay, Lesbian, and Straight Education Network (GLSEN), 80 percent of transgender students feel unsafe at school because of their gender expression.

In the past two years, transgender Americans have gained a few major legal protections from Washington. Obama's Affordable Care Act was the first federal law to establish protection against sex discrimination in health care, including gender identity. This applies to health insurers, hospitals, and any other entity that receives federal funds, ensuring that transgender individuals receive the same standard of health care.

Another victory for equality, Attorney General Eric Holder announced in December that Title VII of the Civil Rights Act of 1964, which originally outlawed discrimination based on race, color, religion, sex, and nationality, extends to discrimination based on gender identity and transgender status. This makes it illegal for employers to discriminate against transgender individuals when hiring. In a memo, Holder says:

This will help to foster fair and consistent treatment for all claimants. And it reaffirms the Justice Department's commitment to protecting the civil rights of all Americans.

Also helping increase awareness toward the transgender community is Dr. Rachel Levine, Pennsylvania's newly appointed physician general, and the highest ranking transgender women in the state's government. Levine was announced as Governor Tom Wolf's choice for physician general on Saturday, but still needs to be confirmed by the state Senate. Levine will advise the governor on public health issues and is committed to LGBTQ health.

These legal protections and publicity for transgender equality are big steps in the right direction. Along with Congressman Honda's tweet about his granddaughter, transgender issues are moving more into the public eye, closer toward acceptance.