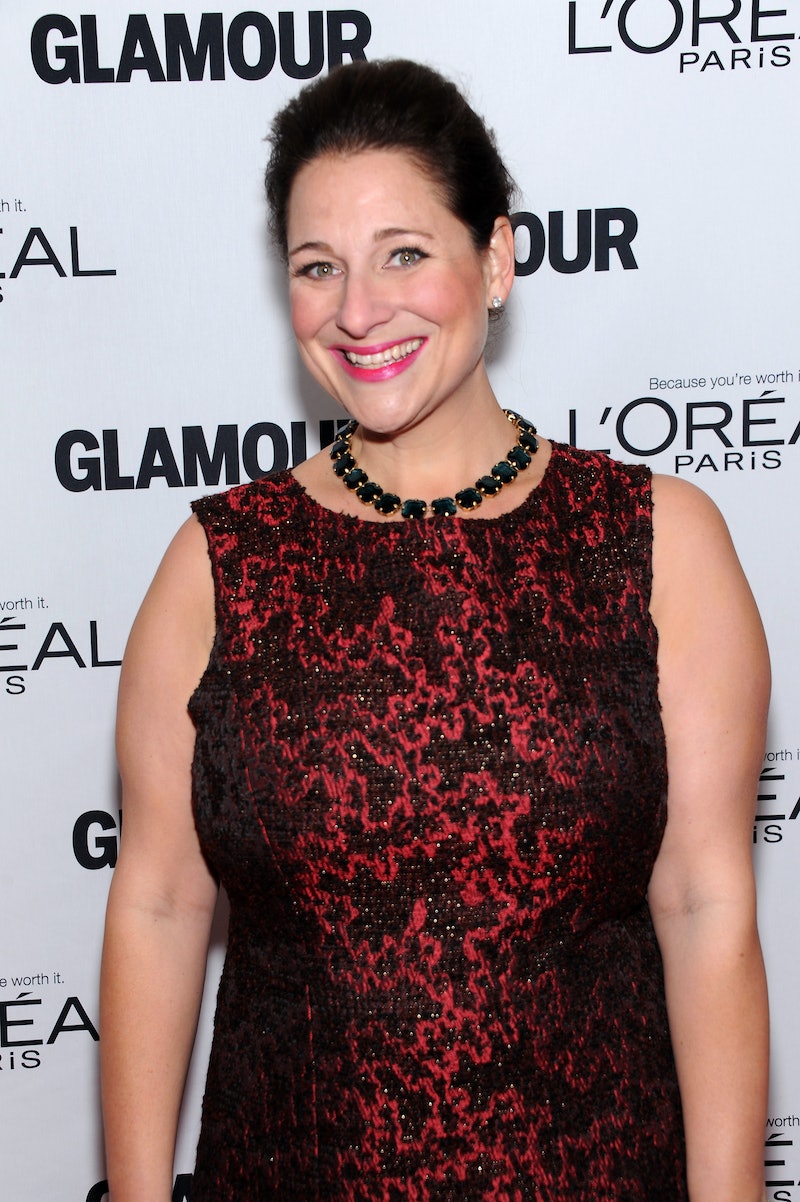 When people in books industry want to make an overreaching statement about the "Future of Literary Fiction In America" (caps totally necessary), first they'll throw down against young adult books, and then they'll toss some insults Jennifer Weiner's way. That's just sort of the way it goes.

This pattern began just over a year ago with Slate's infuriatingly titled piece "Jennifer Weiner Critiques Sexism in Publishing, Promotes Self," which was written by a woman FYI, and came to a head again this week with Jonathan Franzen's Q&A at Butler University. Let's take a peek at what the ever-controversial writer had to say about Weiner:

It’s tricky because there’s something about Jennifer Weiner that rubs me the wrong way, something I don’t trust…She is asking for a respect that not just male reviewers, but female reviewers, don’t think her work merits. To me it seems she’s freeloading on the legitimate problem of gender bias in the canon, and over the years in the major review organs, to promote herself, basically. And that seems like a dubious project that is ideally suited to social media, where you don’t actually have to argue, you just tweet. Where is her long essay about this, where she really makes a case? She has no case. So she tweets....Yes. No case for why formulaic fiction ought to be reviewed in the New York Times.

Of course, a sentence later Franzen admits that he's never actually read any of the books he claims are not worth merit, but hey. Who needs to read a book to judge it? Isn't that what covers are for?

Weiner, for those of you who also haven't read her, is the writer behind 11 bestselling books, including In Her Shoes, Good In Bed, and last year's All Fall Down. Of course, also, Weiner was justifiably pushing for literary publications to review more books written by women. She happens to be a woman, but that doesn't automatically mean she was pushing for book reviewers to review her books. (Frankly, she seems to be doing just fine in the sales department despite the snub.) On her blog, she shot back at Franzen:

I'm bewildered by Franzen's continued attacks. He's on the cover of Time, he's got the Times writing curtain-raisers about his new book a year before it's published, he's been Oprah-anointed not once but twice, and is the subject of an upcoming biography. He is respected -- nay, revered - in all the places that matter...and he's calling me names? Does he think that the Times devoting two paragraphs to books like mine takes away from books like his? Is he angry that I've got a bunch of Twitter followers, even though he doesn't think I should have an audience at all because I'm not on his approved list?

She also points out that Franzen is incorrect. She doesn't "just tweet," as she has written extensively online about the gender bias in publishing, for The Guardian , The Huffington Post , and on NPR, among others.

So the stage in this feud is set, but it's just getting interesting — and hilarious.

Franzen is giving the keynote address at this year's Book Expo America conference, but Weiner has another plan in mind for his scheduled speech time.

No party is compete, of course, without a signature cocktail. And what better namesake than The Corrections character Tori Timmelman?

So what have we learned? First of all, Jennifer Weiner is hilarious.

Second of all, I now have a craving for spinach dip.

But most importantly, third, as funny as this is, Weiner is right about the gender bias in publishing. And by having big (male) names in the industry essentially shushing her because she's not up to the undefined standard of being "literary" is hugely concerning. And by the way, she says, she never claimed to be literary anyway, though she certainly doesn't need to be to make this argument.

We female writers and readers shouldn't allow this "there, there, quiet down" attitude from male writers to happen. No one should be afraid to speak up, as Weiner has, lest we become punching bags ourselves. Really, all Franzen and Slate did in hating on Weiner was show that her argument was completely valid.

More like this
Prince Harry Incorrectly Recites Christina Aguilera’s “Genie In A Bottle” Lyrics
By Jake Viswanath
I Read Prince Harry's 'Spare' So You Don’t Have To: 11 Highlights To Know
By Marina Watts
Bill & Frank’s 'The Last Of Us' Episode Has Twitter Emotionally Wrecked
By Alyssa Lapid
Everything To Know About The 'Daisy Jones & The Six' TV Series
By Maxine Harrison and Brad Witter
Get Even More From Bustle — Sign Up For The Newsletter
From hair trends to relationship advice, our daily newsletter has everything you need to sound like a person who’s on TikTok, even if you aren’t.