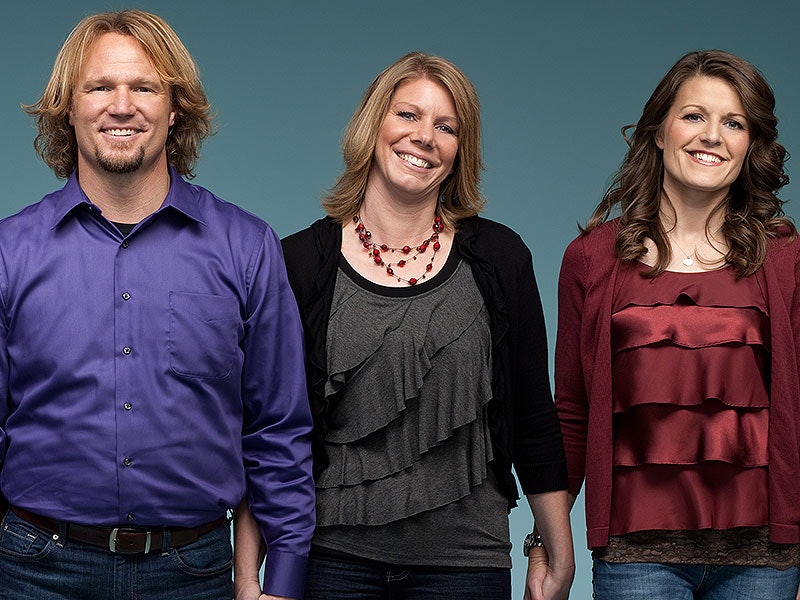 When I first heard about the Brown family from Sister Wives getting divorced, I was shocked. For all the arguments and drama that occur in the Brown family, I didn't expect this to happen — even if it is just for legal reasons and everything's all good with Kody and his wives. I was even more shocked when I was watching last week's episode and Meri admitted that she was going to see a lawyer about getting a divorce, and that it was her idea. I'm sorry, what? Meri initiated the divorce we're about to witness on Sister Wives ? It's hard to believe, but it's true.

Let's backtrack a bit. Originally, the family released a statement that read, "We have chosen to legally restructure our family. We made this decision together as a family. We are grateful to our family, friends and fans for all their love and support."

This I understood. Robyn has three children that aren't biologically Kody's, and her divorce wasn't exactly amicable. It'd make sense for the Browns to legally bring her into the family, but I imagined that Meri, who has always been Kody's first and only legal wife, was pretty broken up about the family coming to this decision.

Now that we know Meri started the whole process, however, I'm not sure what to think. Is something else going on behind the scenes? Some fans believe Meri is considering leaving the family, making this a trial separation for her. Her legal connection to Kody is gone, only leaving the spiritual marriage the rest of the wives always had. But if those rumors never prove true and Meri is staying with Kody, as she says she is, nothing will really change.

Regardless of what's going on in Meri's head, though, I think this step speaks volumes for her relationship with Robyn and her sister wives in general. Even if she's OK with what the family said is a unanimous decision, it still shows how much she cares for Robyn. To let Robyn, in a way, take her place as the legal wife — a quality that's obviously pretty hard to come by when you share a husband — Meri is cementing her trusting, close bond with Robyn.

And if that's not the case? Between the season finale and the tell-all special that follows, I have a feeling we're about to find out the whole truth very soon.