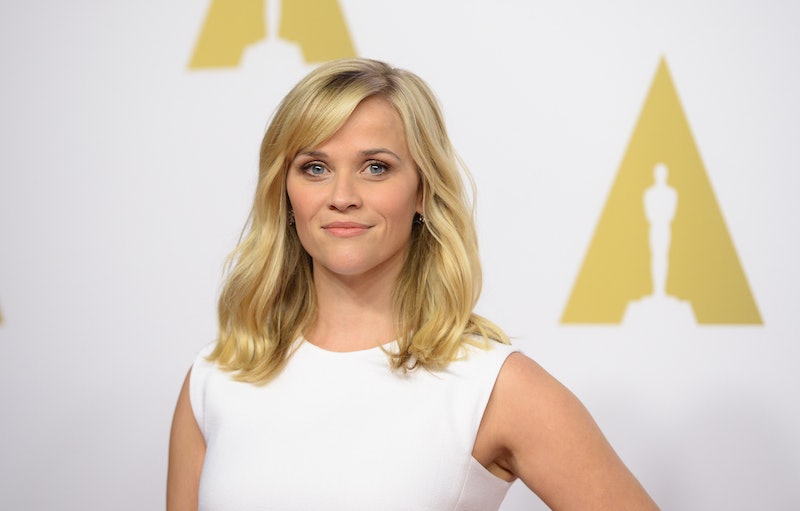 Reese Witherspoon has her work cut out for her when it comes to the 2015 Best Actress Oscar race. The Wild star is up against some stiff competition: Marion Cotillard from Two Days, One Night, Felicity Jones from The Theory of Everything, Julianne Moore from Still Alice, and Rosamund Pike from Gone Girl. It's a formidable group, to be sure. While it'd be lovely to see Witherspoon bring home another statue, it's going to be really hard to beat Julianne Moore, the performance that's gotten the most Oscar buzz so far. Moore has never won an Academy Award before, but Witherspoon has. But it's been a while so don't fret if you can't remember what movie Reese Witherspoon won her Oscar for.

I bet you're thinking that she won for Election. Makes sense: Witherspoon gives a tremendous performance in it, and Tracy Flick is a truly unforgettable character. Well, that's not her award-winning performance. In fact, she wasn't even nominated for it. (Oversight!)

Instead, Witherspoon won her Oscar for Walk the Line, where she played June Carter, true love of Johnny Cash. The Academy Awards weren't the only ones who recognized her that year; she also won the Golden Globe and the BAFTA.

Walk the Line and Wild are very different movies. But if you're a Witherspoon fan looking for a ray of hope, here are some ways the roles are similar. Maybe lightning can strike twice.

They're Both Based on Real People

Isn't being in a biopic the fastest route to an Oscar? (I'm sure Felicity Jones hopes so, too — she and Witherspoon are the only two this year whose characters are based on real people.) Okay, Cheryl Strayed isn't as famous as June Carter — she's mostly famous for Wild — so Witherspoon won't get points for her ability to mimic Strayed's personality. But in both movies, Witherspoon is attempting to tell a real story.

They Both Had to Deal with Drugs

Walk the Line, June Carter has to help Johnny Cash through his drug abuse and recovery. In Wild, Cheryl Strayed is the one with the problem, and she decides to hike the PCT as part of her own healing process. This means that Witherspoon has been on both sides of the addiction/recovery narrative. And who doesn't love a good recovery story? June Carter may tell Johnny Cash to walk the line, but Cheryl Strayed had to go and walk 1,000 miles on her own.

They Both Have Interesting Romantic Relationships

Poor Witherspoon. Love is never easy for her — at least not in movies. (Except for that one rom-com in which Chris Pine and Tom Hardy are fighting for her. Any of us should be so lucky.) Still, both June Carter and Cheryl Strayed had, um, pretty rocky marriages. It makes for some meaty performances. Whether or not Witherspoon could turn that marital strife into another Oscar remains to be seen.

More like this
Hugh Jackman & Deborra-Lee Furness’ Relationship Timeline Started With A Mutual Crush
By Hugh McIntyre
Everything You Need To Know About The 'Knives Out' Sequel
By Grace Wehniainen
9 Photos Of Margot Robbie & Ryan Gosling As Rollerblading Barbie & Ken
By Alyssa Lapid
What Does The Presley Family Think Of 'Elvis'?
By Arya Roshanian
Get Even More From Bustle — Sign Up For The Newsletter