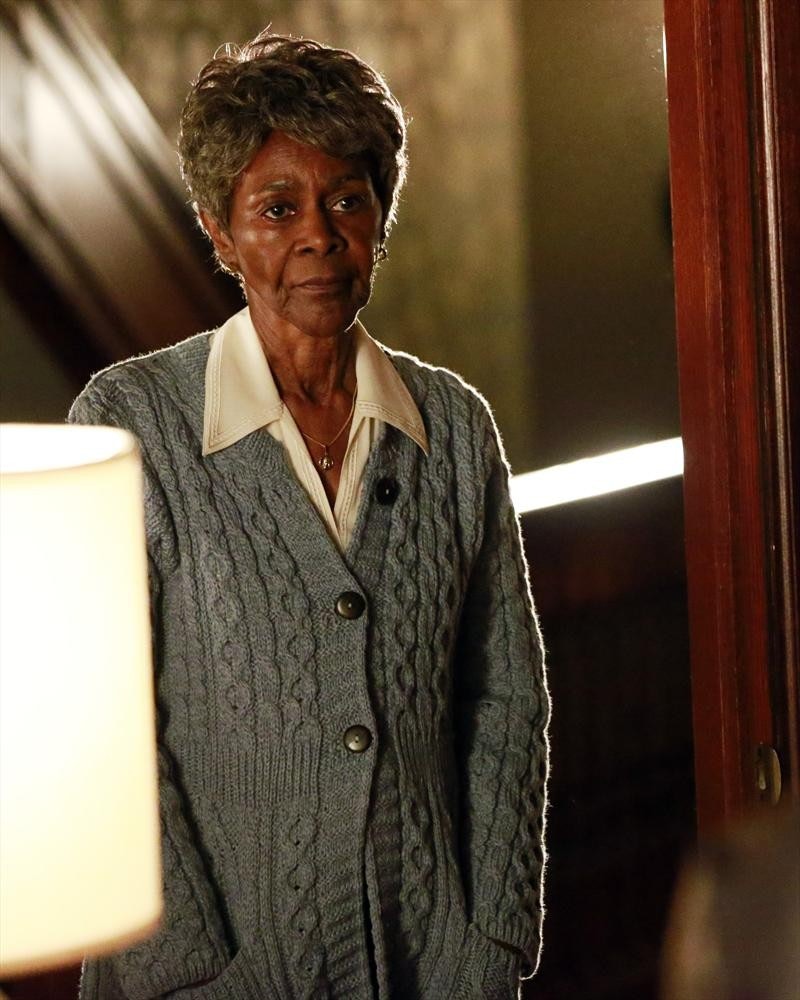 Well, it looks like unconventional justice runs in the family on ABC. Tonight, we learned that Annalise's mother on HTGAWM killed her daughter's rapist! "Sometimes you've gotta do what you've gotta do, even if all you have is a long match and a very flammable hooch," Cicely Tyson said as she explained how she burned her house down with her drunk brother Clyde still inside. I would not want to mess with either of these ladies. Since Nate was arrested, Annalise hasn't left her own bed. The episode was titled "Mama's Here Now" and boy, was she ever. Annalise's mother, who is fascinatingly named Ophelia, got her back on her feet.

The trauma and heroics weren't the only things we learned about Professor Keating's history in the episode. We also learned that she was born Anna Mae, not Annalise. The defense attorney changed her name to escape her past and start a new life. We also discovered that her past as a victim was integral to her relationship with Sam. According to Annalise, Sam knew exactly what had happened to her the minute she walked through his office door. This has been alluded to before — on the night Sam was murdered, Annalise accused him of only wanting her because she was "broken."

This backstory came about because rape and power dynamics were a theme in tonight's episode. In Annalise's absence, Bonnie took the reigns and defended a female client accused of raping a patient. When Annalise told her mother about the case, she laughed it off, claiming that while women are plenty capable of violence, only men "take" like that. Annalise blew up at her mother for refusing to acknowledge that her Uncle Clyde had raped her as a child. Ophelia retorted with a phenomenal speech detailing just how common an experience this is and how cynical it can make you.

Later, while fixing her daughter’s hair, Annalise’s mother explains her side of the story. Until that moment, Annalise never knew what her mother had done to retaliate. The way Ophelia made the best out of a bad situation explains a lot about Annalise and makes her character all the more compelling moving forward.