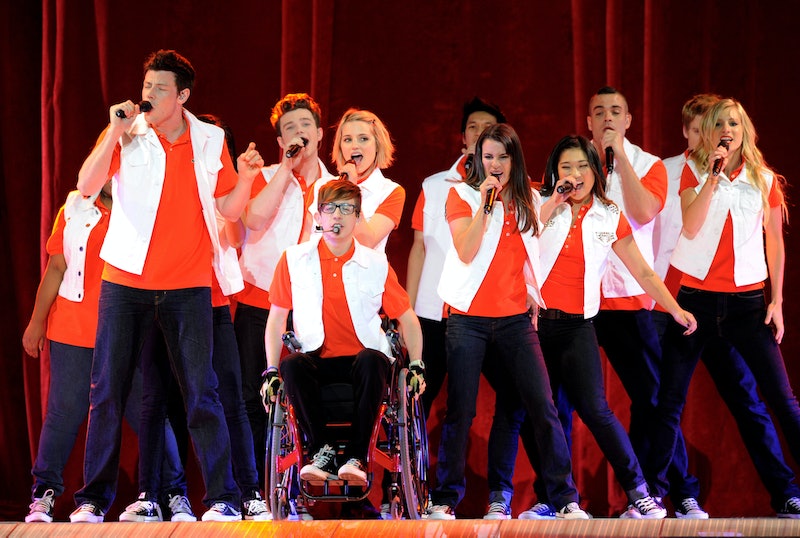 It's been a long road for Glee fans, and it's all coming to an end sooner than you may realize. The Fox drama is currently in its sixth and final season and though the season is just about halfway over, it's already tying up many of its loose ends. Brittany and Santana, ultimate endgame couple, are getting ready to tie the knot, Mr. Schue is back with the New Directions after leaving Vocal Adrenaline, and Blaine finally realized that he wants to be with Kurt again (don't worry, Kurt will eventually realize it, too.) But while devoted fans know that they have limited time with Glee, it's hard to imagine the show ever really ending for good. Unfortunately for fans, it's time to say goodbye to McKinley and all of the New Directions for good, because Glee 's series finale airs on March 20.

I know — crazy, right? I can still remember watching the pilot episode of Glee and thinking that it was just the absolute best thing to happen to TV. And yes, Glee has certainly strayed from being the "best thing to happen to TV," but there's a reason I'm still writing about it despite it losing its critical darling status. Basically, Glee is fun, and I'm sad that it's going away forever, even if ultimately, it's for the best. There are only so many times you can change the location of a series before it becomes stale, and I'm ready to send these characters off into the land of the epilogue. I'm just amazed at how soon it all happened.

So where will the series finale leave our characters? According to producer Brad Falchuk's recent tweet, the final episode of the series is titled "Dreams Come True," which is pretty optimistic considering the fact that the last finale sent our characters chasing down pipe dreams that ended up blowing up in their faces. (But really, who thought that The Rachel Berry Project was a good idea?)

Honestly, it's hard to imagine what dreams could come true for these characters, whom seem to either have no dreams or have squandered every opportunity they've been given. And by "they," I of course mean Rachel, whose dream of playing Fanny Brice on Broadway was achieved and then ditched by the bored rising star. Rachel should be happy, but what does happiness even mean for her now? I'm not sure if Rachel knows at this moment in the show, but I hope that the writers do, and give her and everyone else on Glee the earned farewell we've been waiting for over the course of six seasons.