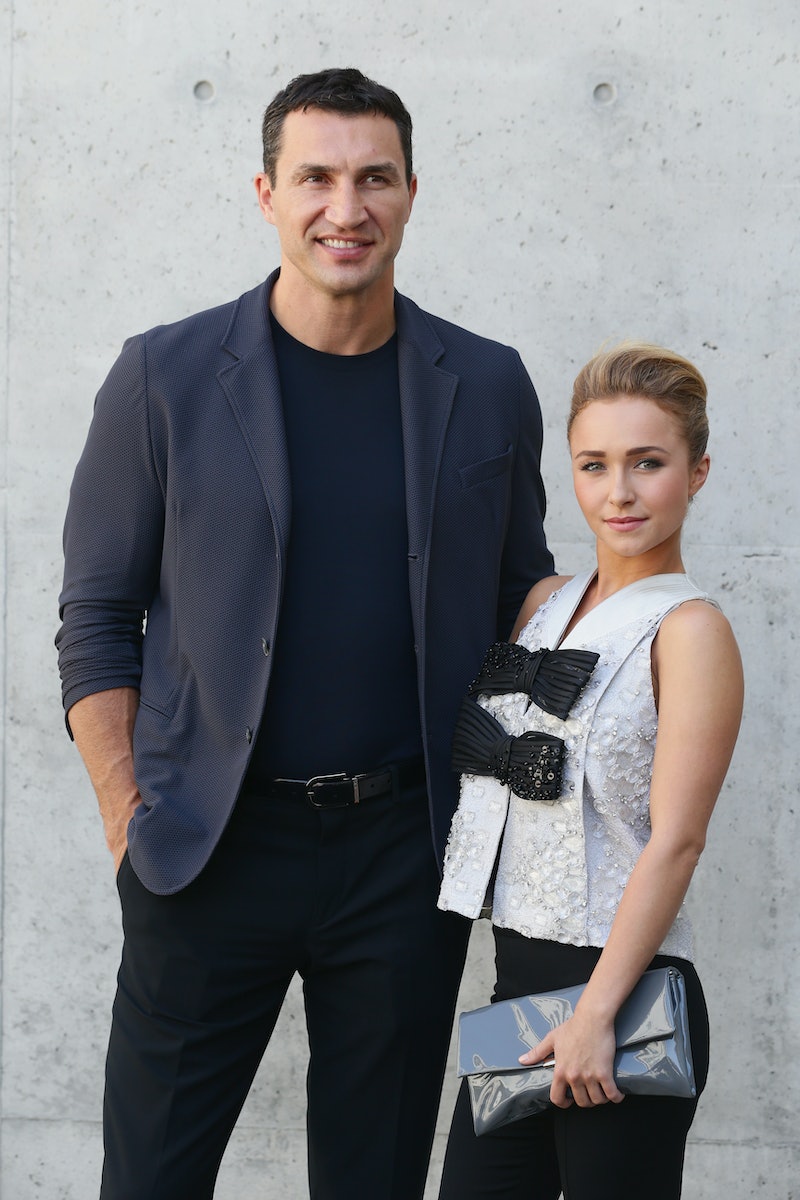 I could make some sort of cheesy "he put a ring on it" joke right now, but since it is not 2009, I'll refrain and just tell you this instead: According to Us Weekly, eternal indestructible cheerleader Hayden Panettiere has officially announced her engagement to longtime boyfriend/Olympic boxing champion Wladimir Klitschko, with whom she's been in an on/off relationship now for four years.

Panettiere sort of made the announcement during an appearance on Live With Kelly & Michael to promote her series, Nashville. And by announcement, I mean what happened was that Kelly noticed Hayden was wearing a gigantic ring on her finger, and commented on it. "I'm not sure if you want to announce anything … does that signify anything, is that a promise of something?"

Hayden, though playing coy for a few minutes and saying it "might" signify something, eventually confirmed that she and Klitschko are engaged. There have been rumors of the two being engaged as far back as March, but Hayden reportedly just wasn't "wearing her ring publicly yet," or something.

Anyway, the couple met through mutual friends back in 2009 and went on to date for two years before breaking it off in 2011 due to their busy schedules. The pair, however, reunited earlier this year.

Congrats to the couple!