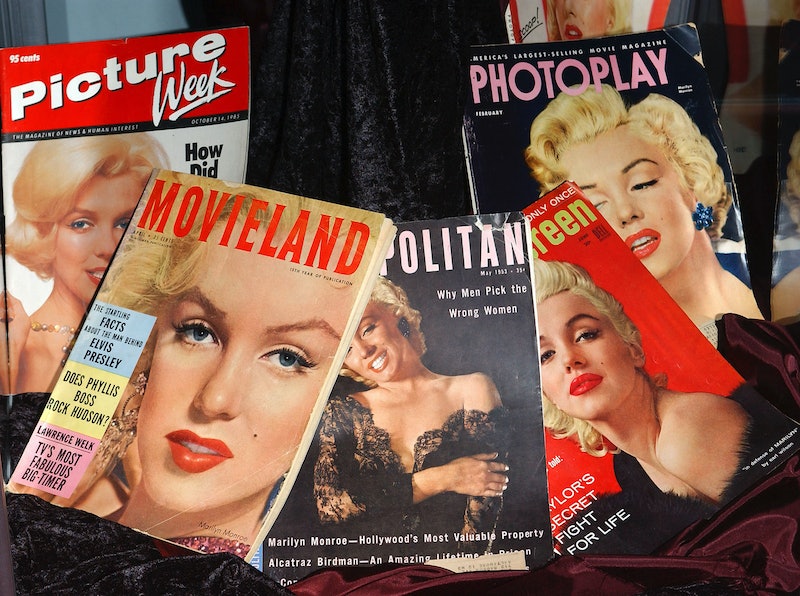 Marilyn Monroe may be the most iconic American beauty in history, but not all of it was natural. According to The Daily Mail, a set of six x-rays, in addition to a physician's note, indicate that Monroe did undergo cosmetic surgery on her chin.

The set of X-rays and a file of doctors' notes will be put up for auction on November 9 and 10 by Julien's Auctions in Beverly Hills. They believe it will go for anywhere between $15,000 and $30,000.

Dr. Michael Gurdin's notes, which were written in 1958, show that the actress complained about having a "chin deformity." She also registered herself as Marilyn Miller, her married name when she was wed to playwright Arthur Miller.

The notes make reference to a 1950 cartilage implant Monroe had received, which she believed had slowly dissolved, prompting her to visit Gurdin's office again in June of 1962, just two months before Monroe's death.

These pieces of evidence would then suggest that Monroe had gotten her implant prior to filming some of her most famous films including How to Marry a Millionaire (1953), The Seven Year Itch (1955) and Some Like It Hot (1969).

Whether or not Monroe underwent plastic surgery had long been an item of speculation. A memoir written and published by Gurdin's medical partner, Norman Leaf, also a Beverly Hills plastic surgeon, claimed that Monroe had the procedure on her chin in 1950. Leaf also claimed that the actress had rhinoplasty as well, but the X-rays did not reflect any work done on her nose.

Plastic surgery was extremely uncommon in the 1950s. According to Martin Nolan, executive director of Julien's Auctions, it was all very new back then.

More like this
Kim Kardashian Swears By This £20 Cleanser For Dewy Skin
By Tomi Otekunrin
Lady Gaga Just Relaunched Her Beauty Brand
By Tomi Otekunrin
Alicia Keys’ Keys Soulcare *Finally* Launches Makeup
By Tomi Otekunrin
How To Reduce The Appearance Of Pores, According To Derms
By Paris Giles
Get Even More From Bustle — Sign Up For The Newsletter