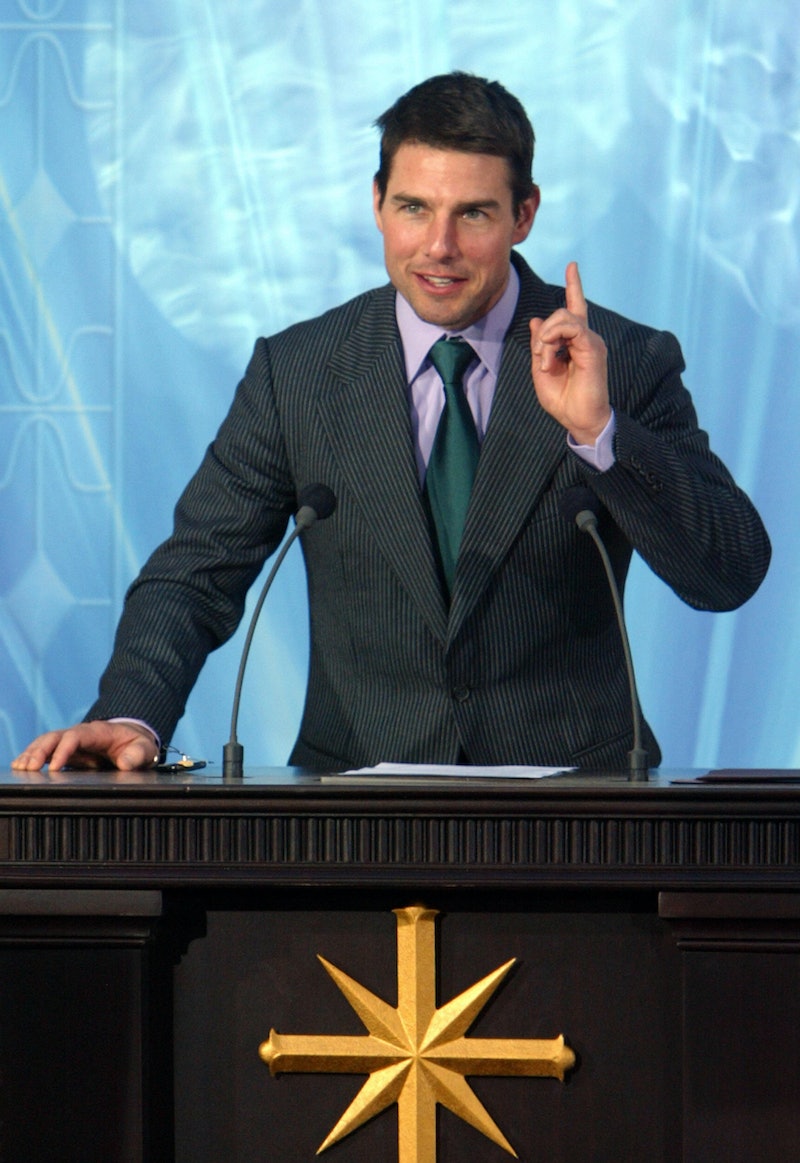 The documentary Going Clear is HBO's look at Scientology, one of the first major media works centering on the religious cult. Its first trailer was released on Friday, and it doesn't hold back. It's a short trailer, but it gives an idea of the tone of the documentary: dramatic, serious, and full of alleged insider info about one of the most secretive groups there is. The main voices of the trailer come from people who allegedly left the Church of Scientology, and the visuals of the notorious E-meter are haunting and indicative of the allegedly technology utilized by Scientology.

The documentary will be released on HBO on March 29, and it's sure to cause quite a stir. It's based on the book Going Clear: Scientology, Hollywood, and the Prison of Belief, which included many former and current Scientologists as sources. The documentary focuses in on eight former members, and gives background on the history of the Church and on the religion's founder, L. Ron Hubbard. Academy Award-winning documentarian Alex Gibney directs the film, which was received with a rare standing ovation at Sundance. The Church of Scientology has already bashed the documentary, recently taking out full-page ads in the New York Times to critique the journalism without having seen Going Clear. Gibney recognizes this to be excellent free press.

Though the documentary appears to depict the dark side of Scientology, it also looks hugely intriguing. I have always been fascinated by the details of the religion, from its alleged sci-fi origin story to its celebrity adherents. The documentary focuses on the Hollywood appeal of the religion, including famous examples like John Travolta and Tom Cruise.

The trailer ends on the line: "There is no logical explanation other than faith," suggesting that this documentary goes beyond Scientology into questions of group mentality and religion in general. This was director Gibney's intention, as he told Vulture:

This notion that smart people can get seduced by a system of belief, and then end up doing the most appalling things that they never would’ve considered otherwise. That was really interesting to me because it’s about Scientology, but it’s also about all sorts of other things in terms of any fundamentalist belief, any deep-seated political passion where people lose themselves, and suddenly lose their rudder in this prison, this mental prison of belief.

I'll certainly be tuning into this documentary in March, and to judge by the popularity of its Sundance premiere, others will be similarly intrigued.