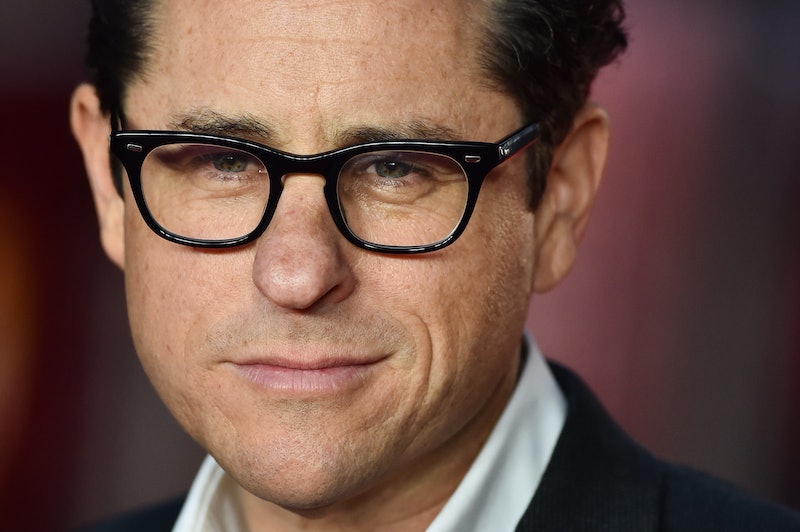 We're still months away from the release of Star Wars: The Force Awakens on Dec. 18, so it's prime time for rumored spoilers and leaks to be making the rounds. Usually, I try to keep my head out of all of that stuff, but in the case of this particular leak, I feel the need to tell you about it, if only so that we can all devote more brain space to hoping it isn't true. But the thing is, that might not be enough — I just need to warn you. The film's director, J.J. Abrams, appeared at the Irish Oscar Wilde awards in Los Angeles yesterday to honor Carrie Fisher (who played Princess Leia in the original Star Wars movies) and he had this to say about the ongoing speculation about the plot:

We did the best we can to preserve the story for the audience, but it doesn't always work. There are a ton of rumors – some true, some false. But I'm grateful for everyone who would want to read a spoiler because it means that they care and want to see the movie … I know what it feels like, as an enormous Star Wars fan myself.

Just wanted to make sure you saw that before I jump into explaining this rumor, because there's a very real chance that it is not just a rumor, but a full-on spoiler. It involves a main character being killed off in a violent, surprising way, so if you don't want to read about that (and why would you??) you should get outta here.

Did you know that The Force Awakens picks up thirty years after Return of the Jedi left off? Just an interesting bit of trivia that I decided to share to give you a little more time to change your mind in regards to finding out about this.

Okay I hope you're gone, because I'm gonna start talking about this now. According to the rumors, which have been buzzing about the atmosphere for the past week or so...

Han Solo might die. HE MIGHT LITERALLY DIE. Apparently the "leak" was very specific that this isn't a rumor, it's a scene that was confirmed to have been filmed at Pinewood Studios wherein Solo buys time for Chewbacca and a group of others to escape from the Evil Castle. And after that point, he never appears in a scene again. Which is honestly probably good news for Harrison Ford, considering the injuries he sustained on that set, but which is terrible news for the rest of us.

So please join us in crossing our fingers that it isn't true... and simultaneously finding out whatever we can about it, because we can't live our lives any other way.