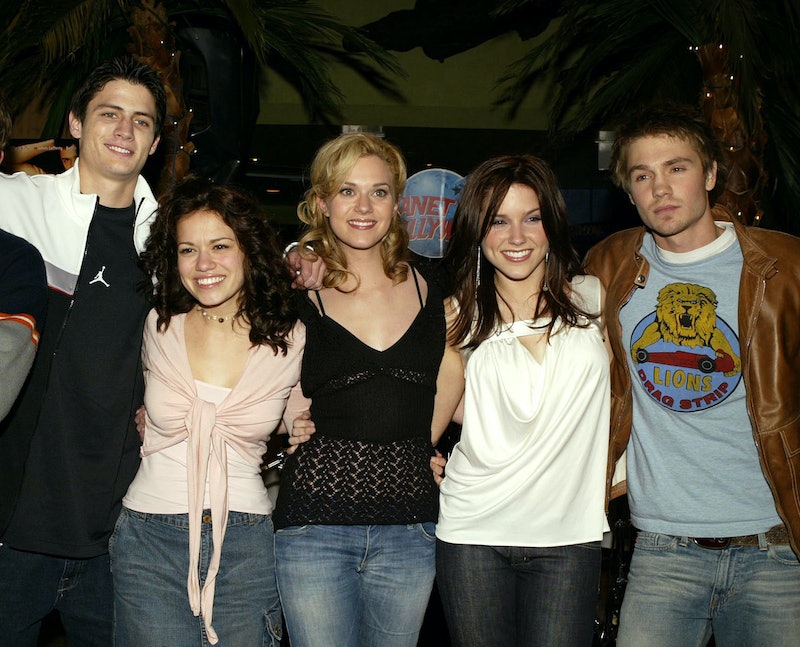 One Tree Hill ran for a whopping nine seasons, spanning 187 episodes and an encyclopedia of teenage drama. From prematurely opened time capsules and school shootings to sex scandals and stalker pseudo brothers, they really ran the gamut of every possible bad thing that could happen to a group of high school students and their families. Seriously — the only less lucky bunch of people would be the characters on Grey’s Anatomy.

Granted, the show didn’t always make perfect sense. How did Haley James Scott become a singing superstar when she was only 16, and more incredulously, how did she get a teaching job right after graduating from college? In this economy? Did the producers think that we’d all believe that James Lafferty (aka Nathan Scott) wasn’t like, 35 years old and playing a high school student? Would a dog really eat a human heart (sorry, Dan)? Even with all of the nonsense, it’s still among the best (and my favorite) teenage television dramas. Most of the issues were real (crazy Nanny Carrie notwithstanding), the music was killer, and the emotions were all fraught with teenage hormones.

Now, nearly twelve years later (yikes), here are some moments in One Tree Hill’s pilot to pay attention for upon your next rewatch.

They were really going for an 8 Mile thing with Lucas

He spends 85% of the pilot episode in a gray sweatshirt with the hood up over his head. Vomit on his sweater already, mom’s spaghetti.

Tree Hill is a haven for teen drinkers and delinquents

Nathan and his friends steal a school bus and a keg (because who would give a 16 year old a whole keg) and take them both for a joyride after the school basketball game. Then, they get away with it! I get sweeping stuff under the rug, but damn.

Peyton’s life will completely change in about three years

Do you see how many CDs she has in her car? Dozens. One iPod will hold all of her emo/post-modern rock music, with room to spare, and she won’t have to almost hit Lucas while she’s looking for new tunes.

He’s one of only three people to not get in trouble for the “stealing a bus” thing. The writers laid his “but I’m a good guy” foundation early. (Also, hi, Bryan Greenberg!)

There are adults just roaming around Tree Hill High

In today’s day and age, you need a retina scan to be let onto a school campus. In Tree Hill, grown-ups like Dan Scott and Keith Scott are just there, during school hours, getting their kid out of trouble and drinking hooch with the basketball coach (respectively). My, how times have changed.

A boy-and-girl team of best friends? How Van Der Beekian, One Tree Hill writers. But don’t worry, Haley James knows what you’re going to say, and she says it for us. Thanks, Hales.

Lucas is really good at naming packs of animals

After some pigeons maul Haley, Haley tells Lucas that she was attacked by a “flock of crows” earlier in the week. He corrects her and tells her that a grouping of crows is actually a “murder”, and a bunch of ravens is “an unkindness”. Setting the groundwork for your award-winning novel, Lucas?

Peyton’s character changes so much in one season

Over the course of just the first season, Peyton changes her hair, her boyfriend, her webcam (the one she just stares into — so 2003), her computer location, and her varied collection of leather jackets. Do we think that Hilarie Burton evolved into her character, or vice versa?

Skills’ dad was a jerk

He told Lucas, Skills, and their friends that there was no Santa Claus! Not cool, dude. Not cool at all.

The writers push Lucas’ literary prowess on us hard and fast

Within the first 15 minutes of the pilot, we’ve already talked about John Steinbeck’s The Winter of Our Discontent, and Shakespeare’s Julius Caesar. We get it. Lucas will be a successful writer.