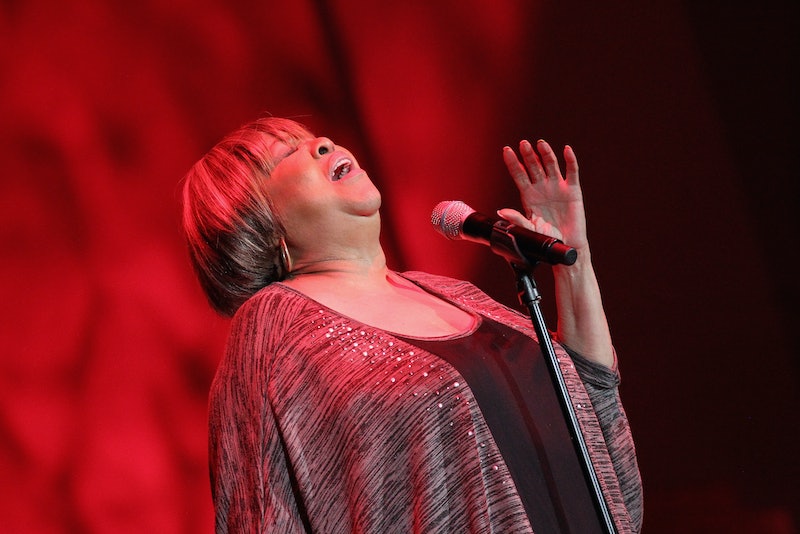 Here's what I love about stories of women who innovate: they're two stories. First you've got the story of the brilliant idea, or the world-changing artifact, the traveling of the globe, the charting of the star, the rallying of the people. Then, you've got the story of how the hell a woman got people to listen to her in the first place. These are stories not just of human beings who were crazy-smart, but women who were as tough as nails.

Hypatia, one of the first female mathematicians the world will acknowledge, was butchered for daring to teach mathematics, philosophy, and astrology. Mary Anning hitched up her petticoats and risked her life to find fossils buried in the along the coasts of England. We have her to thank for paleontology. Journalist Nellie Bly faked insanity to get committed in an asylum. She reported on its atrocities as she experienced them. When that was done, she circled the globe. (Today, I got up early enough to make a sandwich before going to work. Sayin'.)

As much as I love these stories, though, writing this article was infuriating. How many innovative women did I want to include here but couldn't because no one had written about them? How many stories had been shoved into boring "women's" anthologies of history? How many stories were condescendingly condensed to make a children's books? Too many. The following 10 books just skim the surface of an enormous and fascinating topic — what women have done to shape our world.

The Woman Who Would Be King: Hatshepsut's Rise to Power in Ancient Egypt by Kara Cooney

Hatshepsut was the first female pharaoh of Egypt and Machiavellian before there was even a Machiavelli. She outmaneuvered the male-dominated hierarchy and claimed her young stepson's throne as her own. Hatshepsut's reign was remembered for its prosperity and for producing one of the ancient world's grandest temples. If you're still not sold on Hattie, might I add she was also a pretty fine crossdresser? There you go.

So one day Alice Guy Blaché gets this funny idea, she's all like, "Hey, what if we used these camera things to record stories we write?" And narrative film was born. You should read this book in preparation for the next conversation you have with a film major snot who tries to tell you all important directors have been men. Au contraire, my obnoxiously goateed friend, rencontre Alice Guy Blaché!

Hypatia of Alexandria by Maria Dzielska

In an age when women were considered property, Hypatia walked free. She is the heroine of Alexandria's historic university who risked (and lost) her life in the pursuit of knowledge. She was an accomplished astronomer, philosopher and mathematician. Until recently, modern mythology had reduced her to a hot chick who taught things. This biography gives her the attention she deserves.

Birth of the Chess Queen: A History by Marilyn Yalom

You know who else is a baller historical figure who never gets her due — the chess queen. She rules the board and inspires terror into all little porcelain horsy-thingers that cross her path. In this spry story, Marilyn Yalom unites a slew of bold women rulers (such as Matilda of Tuscany who led her troops into battle on horseback and Urraca of Galicia who waged an actual war against her ex) by tying them to the history of a game-changing chess piece.

I'll Take You There: Mavis Staples, the Staple Singers, and the March up Freedom's Highway by Greg Kot

Mavis Staples and her family's band, The Staple Singers, set the Civil Rights movement to music. They embodied and championed everything that Martin Luther King Jr. wanted from his followers — dignity, devoutness, and pride. And their music inspired his protestors, not to mention countless other musicians that have followed in their footsteps. Mavis Staples made gospel music accessible to anyone, and in doing so, bridged a gap between the races. And if you haven't heard her sing "I'll Take You There" or "The Weight," you haven't really lived.

Brooke Kroeger wrote this book because she could not find a single reliable source that accurately captured the story of Nellie Bly. Instead of a credible biography, she found brief encyclopedia entries and children's books. And she was baffled because Bly not only had a major impact on journalism, but a fascinating life. In an age that relegated women reporters to the 'Homes and Gardens' section of the newspaper, Bly faked her own insanity to gain admission into and report on one of the nation's most notorious insane asylums and effectively invented stunt journalism. How is this not an action movie by now?

Hedy's Folly: The Life and Breakthrough Inventions of Hedy Lamarr, the Most Beautiful Woman in the World Book by Richard Rhodes

We have a 1940s Hollywood starlet to thank for the technology that gave us WiFi and helped us to defeat the Russians. The technology is called Frequency-hopping spread-spectrum technology, and it was invented by Hedy Lamarr. She invented this, well, thing, that I honestly still don't quite get, that used a piano roll to locate torpedoes with radio frequencies. The movie star who played at slapstick with Bob Hope and drove Blazing Saddles arch-villain Hedley Lamarr crazy by almost having his name is who I can thank for my ability to write this article at home, in my sweatpants. My opinion, she deserves the Nobel Prize.

The Fossil Hunter: Dinosaurs, Evolution, and the Woman Whose Discoveries Changed the World by Shelley Emling

Mary Anning found the fossils that proved extinction was a thing that happened to dinosaurs. She worked as hard as she could, her entire life, to support her family by selling the fossils she excavated on the beaches of Dorset. It was dangerous work — digging into unstable cliffs prone to landslides. But her finds would inspire the school of geology we call paleontology. Yet the men that bought her fossils used her finds to build their reputations and seldom gave her credit. But to be fair, this was England. The upper classes exploiting the poorer ones is a noble tradition, there (and not like here in America...).

Politics of Conscience: A Biography of Margaret Chase Smith by Patricia Ward Wallace

Margaret Chase Smith was elected to both the House of Representatives and the Senate on her own ticket when the only female politicians in America where the wives of dead congressmen who held their seats for them. She was the first woman ever to do so. And she was the first Senator to stand up to Senator McCarthy at the climax of his anti-communist campaign. Her bravery and political savvy did not go unnoticed, and rumor had it she would be the vice-presidential candidate on the 1952 Republican ticket. But that didn't pan out. Gee, I wonder why?

Maria W. Stewart's was a ringing voice in the cry for abolition, but that was not her only contribution to human rights work. By speaking out she challenged and weakened the laws that forbade a woman from speaking in public. She supported herself as a public school teacher in New York City so that she could write her articles about freedom for the abolitionist newspaper, The Liberator. What I think makes her especially awe-worthy is that she herself had never gone to school until age 20. She had taught herself how to read.