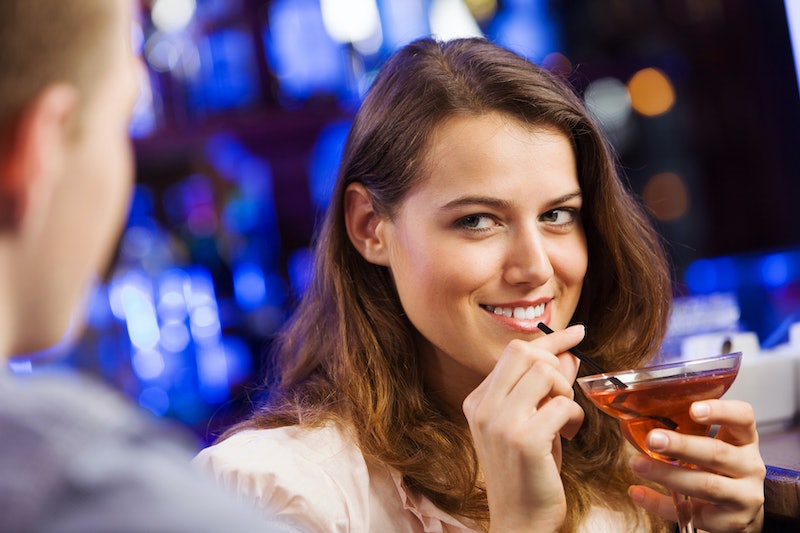 Step outside of your bubble of denial to find out what complete strangers, namely your bartender, really think about your Tinder dates. The Daily Share coraled bartenders from eight of Brooklyn neighborhood joints — Commonwealth, Brooklyn Public House, The Jakewalk, Greenpoint Heights, Black Rabbit, Lowlands Bar and Freddy's Bar — to commentate the minutia of your every painstaking romantic exchange. Bars are the preferred meeting place of singles, because you may as well numb the inane banter with a beer on tap while your eyes glaze over with boredom.

It’s not simply online dating that adds another shade of tricky to our exchanges with complete strangers. Which of us hasn’t met someone with the unpleasant hand-shake/hug combo that leaves both of you a bit pinker in the cheeks afterward. Meeting anyone for the first time is a lot like interviewing for a job; you want desperately to make a good impression, but that comes second to wanting to appear cool in your demeanor. “Don’t try too hard, but definitely try harder,” says your conscience as you navigate a devastating conversation about his cat.

Below, a few of the most telling signs of a Tinder date narrated by the unfortunate souls who are paid to watch them unfold as they sling you another glass of wine.

1. They look too nice

“Usually they’re dressed like a little bit too well. And they’re showered too recently,” says Bryan at the Jakewalk. It’s unclear whether “showering too recently” is made evident by damp hair or a lack of body odor, but certainly there are worse things — things like having not showered at all.

2. They're creeping on other strangers

“They’re giving eyebrows to people they want it to be, and then it’s funny to watch their reaction when it’s not.” says Kerryn at Greenpoint Heights, “A really pretty girl walks in and he’s like, ‘Ah, this has to be her!’ And then it’s not; she meets another dude at the bar.” Ladies, ladies, ladies. Be sure to rub his nose in his own male gaze by being the wrong woman he’s there to meet.

3. The greeting is a mess

And the greeting? “It’s a hand-shake, little of one those half-shoulder hugs.” Even visualizing this as a fictional scenario is cringe-worthy.

3. Your exchanges are a train wreck

“Watching dates is the best part of my job,” says Erin at Black Rabbit. “It also makes me feel really good about myself.” And honestly? Who can blame her.

4. You throw in the towel

And the most awkward situation imaginable? Like when things sour to the point of no return? “A guy, in the middle of the date, starts hitting on another girl. And the girl just gets up and leaves and the guy’s like, ‘What did I do?’” Yikes.

I’ll leave you to explore the rest of their commentary in the video below.