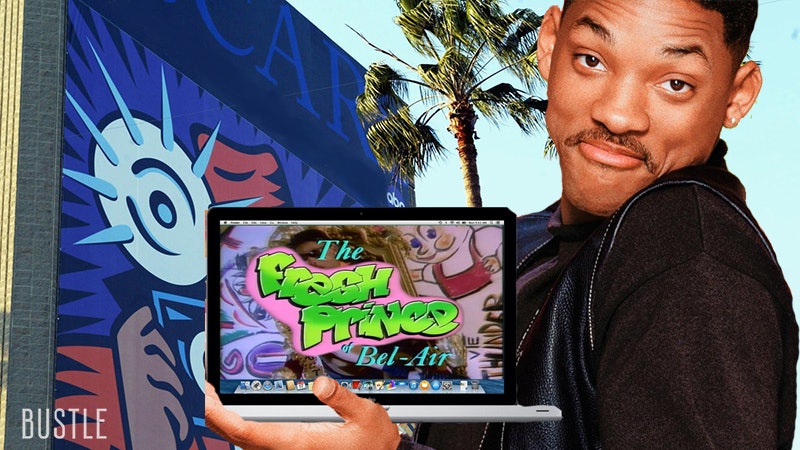 And therein lies the nostalgia of it all. Where would Will Smith and the gang be today? What would they all be doing? At the end of the show, they all went their separate ways, on to their new lives, and made us all cry in the process. (And then laugh when Carlton came running across the house to avoid being left behind after the lights had gone out.) I don't doubt that the family would be doing very well 19 years later, but, if you don't believe me, let's take this trip down memory lane together.

Make sure you have a tissue handy.

In the season finale, Carlton went off to Princeton University in order to continue to follow in his father's footsteps. By 2015, there is no doubt that Carlton would have passed his bar exam and be a practicing lawyer. Unfortunately for him, and much to his embarrassment, he actually failed the bar three times beforehand. The first time, he had an emotional meltdown the likes of which not even Tom Jones could help him with. The second time, he tried to Elle Woods the hell out of that exam and forgot to actually study something other than the movie. The third time, with some encouragement from Will, he aced that test with flying colors. He now runs the law firm Banks, Banks & Nothing But The Banks. (It was Will's idea.)

Sadly, he is still single, but, on the bright side, that's because he's between girlfriends rather than because he hasn't grown up to have a few "smooth moves" in his adult years.

Vivian has been quietly raising Nicky Banks from a little boy into a young man since retiring back East with Philip to be near their children. Once Nicky transitioned into middle school, Vivian went back to teaching — incidentally as a professor at Princeton for one mortifying semester of Carlton's life. However, when Carlton wasn't in her class for the second time in his life, Vivian became well known as one of the strictest but fairest professors at Princeton and soon found her class lists so full that many people ended up being wait listed.

By 2015, she has retired a second time, and she and Philip are now living out the rest of their days in Svenborgia.

Hilary Banks in 2015 is in the middle of her new dream goal: having the longest running talk show ever, despite Will explaining to her numerous times why that would be kind of difficult to obtain with a show that is literally named after herself. However, it isn't just Hilary that is taking up all of Hilary's time; she's also had a few small cameos in various films, from Valentine's Day to This Is The End. She also made a cameo as herself in The Interview as a rival of James Franco's character — and complained to anyone and everyone who would listen when "her movie" did not receive a wide theater release.

As for romance, well, there is no one that Hilary found herself loving quite as much as she loved Trevor, but she is currently dating a Kennedy.

Thankfully, Philip's job as a judge is the kind of thing that he can do from anywhere, allowing him to move East with Vivian to be near their children. After becoming a Superior Court judge, and once his children were all settled in their lives and careers, Philip lobbied for a position as a Supreme Court judge and eventually won the bid. He and Vivian became very busy between their two careers in two different places, but they managed to keep their love and marriage alive by scheduling date nights with each other and dinners with the children — not to mention being sure to talk to one another on the phone every day during their mutual lunch breaks.

By 2015, he has retired, and he and Vivian are now living out the rest of their days in Svenborgia.

Ashley Banks is a super star, and this time it didn't go to her head. Thanks to the advent of YouTube, Ashley was able to upload videos of herself singing and dancing to the Internet and become a YouTube sensation without a recording contract. Her channel got up to one million followers before she was auditioned for a role on Glee as Mercedes' cousin. Her single appearance so enthralled the world that she got an entire spin-off series and released several albums of songs that she sang both on and off the show. She had a minor scandal at the Grammys in 2013, thanks to an unfortunate nip slip, but her date for the evening, her cousin Will, threw a jacket over her and shuffled her inside — a chivalrous move that would captivate the media just as much as the unfortunate incident.

She is currently rumored to be romantically linked with Harry Styles, but, then again, who isn't?

Geoffrey might have moved back to London to be with his son, but he never stopped thinking about the Banks family. However, he was so over being a butler in more than just name. Thus, he remained in London with his son for quite a few years, making investments (and a few bad bets at the horse track) until he amassed enough money to live comfortably without actually having to get a job. After that, he began flying first class (on the Banks family dime) between the UK and the US in order to attend Nicky's graduations, Ashley's album release parties, and any other thing the Banks family happened to be celebrating. After all, he was an honorary member.

He got married to Karen Caruthers, his love interest from "Geoffrey Cleans Up," and they had one daughter together. They named her Ashley.

The real question is what hasn't Will Smith done by 2015? After completing his education in California, he eventually moved East to be with the rest of the Banks family and became an overnight success at whatever he did. If Will gave Carlton advice on what to call his law firm, Carlton got more business than he ever had before. If Will gave Ashley advice on how to manage her career, Ashley saw more record sales than ever before. He didn't quite manage to reach Hilary with his advice, but all of this just gave him the push he needed to become a professional advisor to the rich and famous. So, basically, Will Smith grew up to be Will Smith in Hitch.

His love life is kind of a Bingo card of famous women in Hollywood (though he's still praying for his moment with Beyoncé, no disrespect to Jay Z), but his family is convinced there's a chance he might eventually be ready to settle down. One day.

Jazz had been bouncing in and out of jail, for the most part, until Hilary flew him out to New York to see her in 2001. While she still just wasn't that into him, she did inform him that he could do way better than ending up a jail bird for the rest of his life. Somehow, that speech he had heard a thousand times shockingly turned out to be the push that Jazz needed to pursue an interest in music. After doing a guest starring rap on several of Ashley's songs, Jazz began uploading his songs to YouTube and Facebook. Eventually, he parlayed that into a role on Empire as one of Hakeem's childhood friends who just got out of the clink.

He also has over one million Twitter followers, but that's mostly because his tweets are more obscure and random than Jaden Smith's.