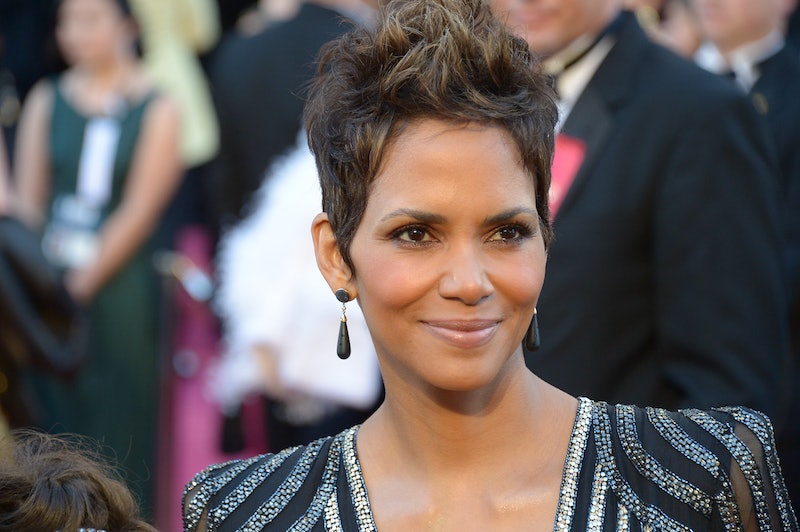 She has always been an advocate for victims of domestic abuse, and on Thursday night at unite4:good's unite4:humunity gala event, Halle Berry was honored for her longtime work for the Jenesse Center in Los Angeles. Berry has been open in the past about her personal experiences with domestic violence. Though she was not a direct victim of the abuse herself, her mother suffered for far too long at the hands of an abusive partner while Berry was a child. The actress wants to make it clear that children of abuse victims are victims themselves. "I'm a victim of domestic violence," she said. "I wasn't married to a man that beat me up, but my mother was."

The Oscar-winning actress has worked with the Jenesse Center for over 15 years. It's the oldest program helping women and children who have been victims of domestic violence, with initiatives to help them become independent and move on to a happier, healthier life.

Berry is especially passionate about helping kids from abusive families because of her own experiences, and spoke at the gala about the painful memories of witnessing her mother's abuse. While she was only five, Berry can still remember watching her mother get kicked down the stairs, and it's stuck with her all her life. She explained, "Knowing that she wanted nothing more than for her little girls to see her be empowered and be a woman of strength, but having no way to make that happen was heartbreaking for me."

Berry has certainly done her mother justice, though, as far as personal empowerment and strength as a woman. But even though she works at the Jenesse Center and provides comfort and strength to the victims who seek solace there, the actress still maintains that being a victim of abuse at such a young age changed her forever, and she's still healing. As she told CNN in 2010:

Berry's focus on the effects of abuse on children proves again that the effects of abuse come in many different colors, and especially as a young girl or boy, it's hard to process the pain until much later in life. To share her experiences is not only a way to try to give hope to other young victims of abuse who may live in fear, but also to show that healing is a process, and each person takes a different journey.

At the Jenesse Center, Berry is currently working on a project to remodel one of the facility's transitional housing shelters. "It is my belief that the spirits of many battered women have been so broken that they can only DREAM of living independently in a safe, warm and beautiful space free of the horrors of the past," Berry says on the center's website. Her dedication to the cause both keeps it in the spotlight because of her celebrity and spreads hope to those young victims of abuse who may feel that same sense of low self-esteem and self worth. And every child should know they're worthy even if their abusers want to convince them otherwise.