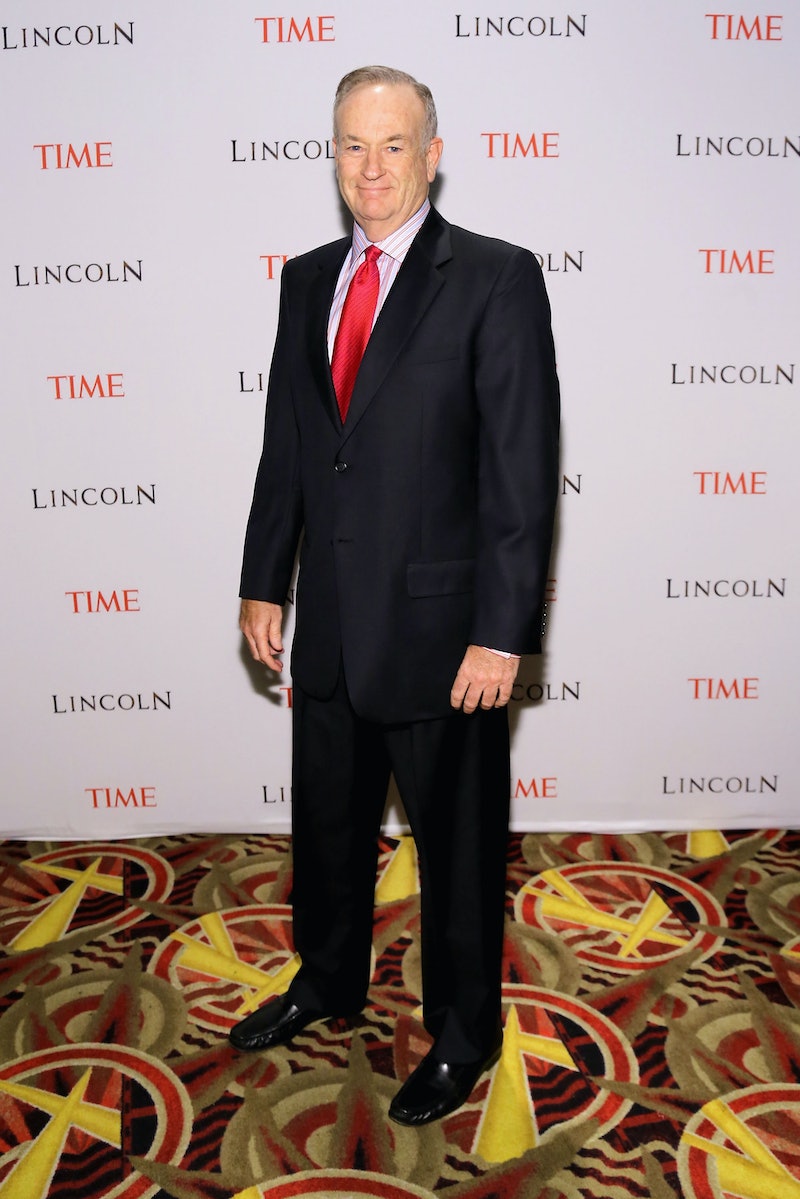 Just like Brian Williams, Fox News commentator Bill O'Reilly's war recollections are being questioned. O'Reilly has come under fire over statements he made about his war reporting during the Falklands War, where he covered the conflict some 1,200 miles away from the actual war zone. Mother Jones' David Corn cited at least eleven instances in which O'Reilly allegedly stretched the truth to bolster his credibility as a report who has been in combat situations.

According to Evening Standard correspondent Robert Fox, who witnessed the Falklands War firsthand, there's simply no way that O'Reilly was in the thick of it. Says Fox:

We were, in all, a party of about 32-34 accredited journalists, photographers, television crew members. We were all white, male, and British. There was no embedded reporter from Europe, the Commonwealth or the US (though they tried hard enough), let alone from Latin America.

What O'Reilly did experience was a riot in Buenos Aires, Argentina, which he heavily played up to the point of construing it as akin to war itself. Corn cites O'Reilly's protest footage that aired on the CBS Evening News, whom O'Reilly was reporting for, as having hardly the same fever pitch that O'Reilly says put him and other journalists in imminent danger.

Furthermore, the footage in question was filmed after the Falkners War had ended. These claims started in 2001 in O'Reilly's No Spin Zone book in which he stated that he's "reported on the ground in active war zones from El Salvador to the Falklands."Mother Jones repeatedly attempted to contact O'Reilly and Fox News, seeking statements about O'Reilly's boisterous claims, which have been repeated seemingly ad infinitum in contexts ranging from bragging to a viewer who was a retired Air Force colonel to passive-aggressively insulting prominent journalist Bill Moyers by exclaiming that he "missed Moyers in the war zones of [the] Falkland conflict in Argentina, the Middle East, and Northern Ireland."

O'Reilly's response was equally passive-aggressive, erring far more on the aggressive side than anything, when he finally did address Mother Jones' claims. Rather than directly addressing Mother Jones or David Corn, he took to his own network, telling fellow Fox News commentator Howard Kurtz that he'd never even think of speaking to Corn.

Corn, O'Reilly says, is "a liar, a smear merchant, and will do anything he can to injure me and the network. Everybody knows that. Everything I’ve reported about my journalistic career is true." In response, Corn posted his questions intended for O'Reilly in full. All eleven have yet to be answered.