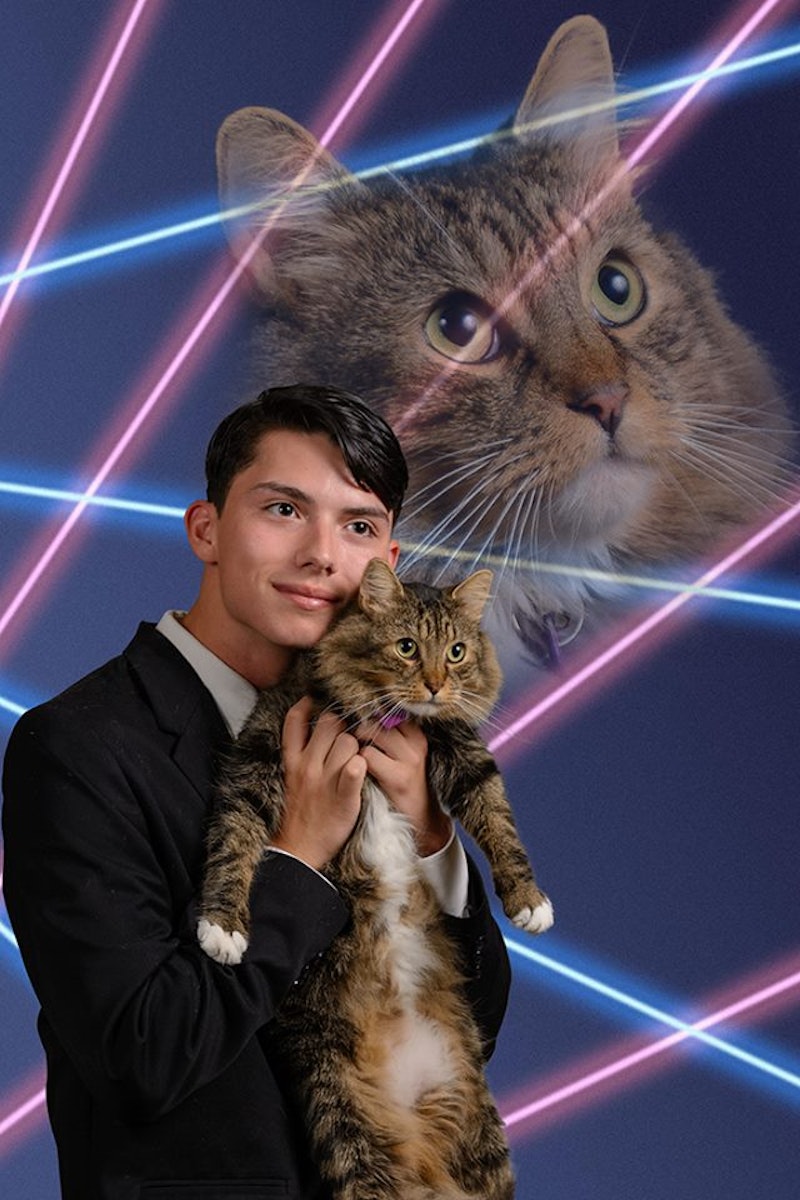 The high school senior became an Internet sensation in 2014 when he posed for his yearbook portrait against a background of neon lasers with his cat, Mr. Bigglesworth. Rodriguez posted the endearing "cat-tastic" image online in a petition urging his high school to let him use the photo as his official senior portrait. Rodriguez called the petition a "pre-emptive strike," hoping to gain enough support that the school could not say no.

The free-thinking Rodriguez explained his inspiration behind the cat-and-laser photo shoot to the The Daily Gazette in September: "I don’t want to go in the yearbook with the generic ‘I-look-like-everyone-else’ photo. I wanted a ‘He looks great. Only he would try that’ photo."

Rodriguez's laser-cat portrait went viral, amassing a national following of fans, cat lovers, and former and current weird teens alike. Although Schenectady High School yearbook officials still wouldn't let him use the photo as his senior portrait, Rodriguez ultimately won out in the end: the 17-year-old posed with Mr. Bigglesworth; his principal, Diane Wilkinson; and her dog, Vivienne. That epic pet-lover portrait will be used in the school's 2015 yearbook, Wilkinson said at the time.

Rodriguez's portrait earned him accolades among the animal lovers community. In October, Rodriguez was honored with The Right Here, Right Meow Award for Current Achievement in Cat Excellence from the Capital Region Feline Film & Video Festival for Humans. Rodriguez's story also helped raise money for various national animal rescue societies, including the American Society for the Prevention of Cruelty to Animals.

The Schenectady teen was also active in anti-bullying efforts. Rodriguez frequently worked with the organization How to UnMake A Bully, which creates programs for kids and teens to prevent bullying and promote leadership. Just last week, Rodriguez posted a photo on his Instagram account saying he had just returned from working on an UnMake a Bully project in Amsterdam.Rodriguez's father, Jonathan Stewart, told The Times Union on Saturday that his son was compassionate and personable, and had no trouble making friends. "He had friends all over the country — people he'd met at youth-leadership conferences, online, just around town," Stewart said.