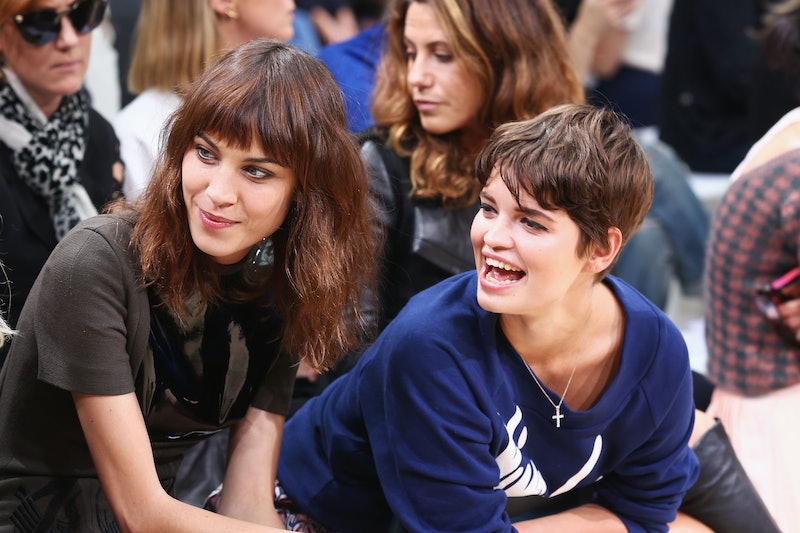 It’s every stylish lady's worst nightmare. Best friends Alexa Chung and Pixie Geldof arrived at Somerset House for London Fashion Week separately, only to realize that they were both wearing the same leopard print jacket from British brand Shrimps. Surprisingly, the world did not spontaneously combust, as we all assumed it would if two popular fashionistas were spotted wearing identical looks. Which makes me wonder: Do you think they planned this? Or was it actually a coincidence?

Chung opted for a longer version of the faux fur Shrimps coat, which she wore with a pair of flare jeans and black booties, while Geldof paired her cropped version with a denim skirt, because apparently those are making a comeback. Upon arrival, the duo hugged and smiled for photos, presumably laughing about how they both have exquisite taste.

The jacket is considered one of this season's “Must-Haves” from young British designer Hannah Weiland’s brand, which focuses exclusively on faux fur pieces. After her official London Fashion Week debut last spring, Weiland has become a cult-favorite of street style stars due to her brightly colored faux fur jackets, which attract fashion photographers like flies. I'm predicting great success for her brand, if pals like Chung and Geldof keep forgetting to coordinate outfits before stepping out in public.