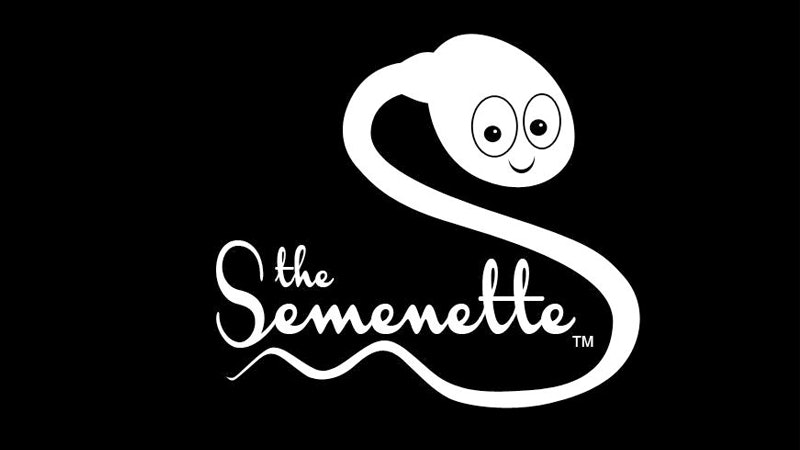 I can't say I would know from experience, but from what I've read, artificial insemination and sexy times don't really mix (unless turkey basters and needless syringes are your thing). That is, until now: Boston entrepreneur Stephanie Berman invented an ejaculating sex toy to help couples conceive. The only thing better than this brilliant invention is its equally genius name: The Semenette. Nailed it.

Berman came up with the concept for the Semenette when she and her wife were trying to get pregnant, and they realized that the existing at-home methods for artificial insemination left much to be desired. Literally. After lots of brainstorming, they decided to combine the DIY methods they were using with a sex toy to create something fun and functional (not that sex toys by themselves aren't functional). According to The Semenette website, "60% of women and lesbian couples use novelty sexy toys in the love making process," but up until now, there hasn't been a device that "safely and authentically mimics traditional ejaculation" that couples can use when they are trying to conceive. In addition to being beneficial to lesbian couples, the creators believe The Semenette would also be great for single women, the transgender community, gay men, and heterosexual couples. So in other words, pretty much anybody can use (and enjoy!) this toy.

When you and your partner are ready, you squeeze the end of the pump, and liquid squirts out much like during male ejaculation. If that didn't make a lot of sense to you and you're a more visual person, never fear, there is an instructional video that demonstrates how it works (probably NSFW).

Now I know what you're all thinking: but does it work? Well, Stephanie Berman and her partner successfully conceived their daughter using The Semenette, sooo...

And as for your final question, "how can I get one?" (I'm a mind reader, I know!), you can order online or donate to the IndieGoGo page so Berman and her team can begin manufacturing the Semenette v2. But it's not just about making more Semenettes. It's also about helping out a female entrepreneur in a male-dominated industry and to "continue to spread sex positivity, love, fun and pleasure to EVERYONE around the world." And that's a cause I can definitely get behind. Pun intended.