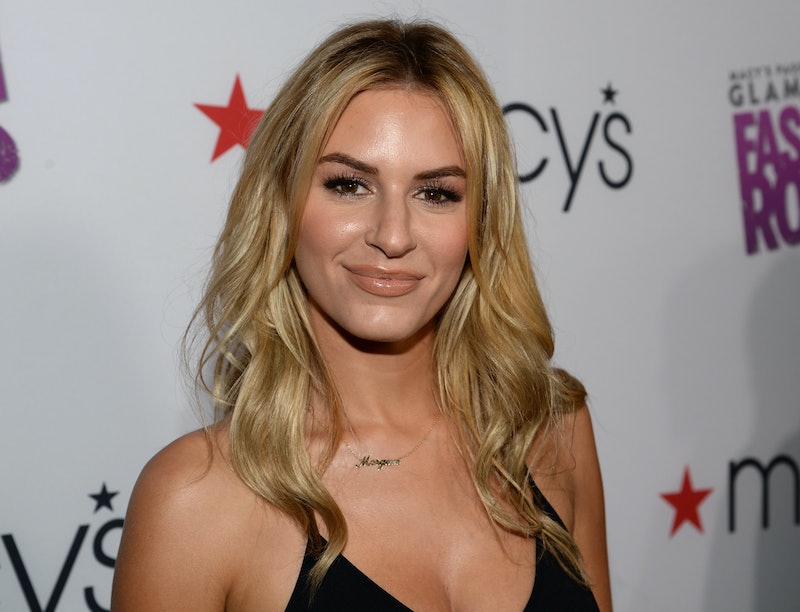 Rich Kids of Beverly Hills star and fashion blogger Morgan Stewart had a major dream come true last week. The 26-year-old Stewart made her modeling debut during Rubin & Chapelle's New York Fashion Week presentation, which took place at the Top of the Standard in Manhattan. Well you guys, I guess that means Morgan's a model now. So, how did she do? Let's talk about the look.

With slicked back hair and clean, minimal makeup Stewart ruled the Rubin & Chapelle runway. The F/W 2015 collection had an ethereal feel, mixing light flowy fabrics with heavier knits. The clothes seemed to effortlessly float through the space, aided by the lovely models who wore them. The color palette was dark, featuring mostly grays, forest greens and blacks, but the occasional pops of magenta or orange added interest. Stewart’s look captured the essence of the collection. She wore a light and airy, beautifully draped dress that was mostly gray but had hints of color running through. And she wore it well! Werk, girl!

I’m sure her RKOBH cast mates were in full support of her #NYFWtakeover. E.J. Johnson, especially, spoke highly of his bestie and her exciting debut. He told the New York Post, “It’s cool because we are really close, and to see her in a presentation and doing Fashion Week is a really big deal and opportunity, and I love it.”

Check out Stewart’s look along with others from the collection: