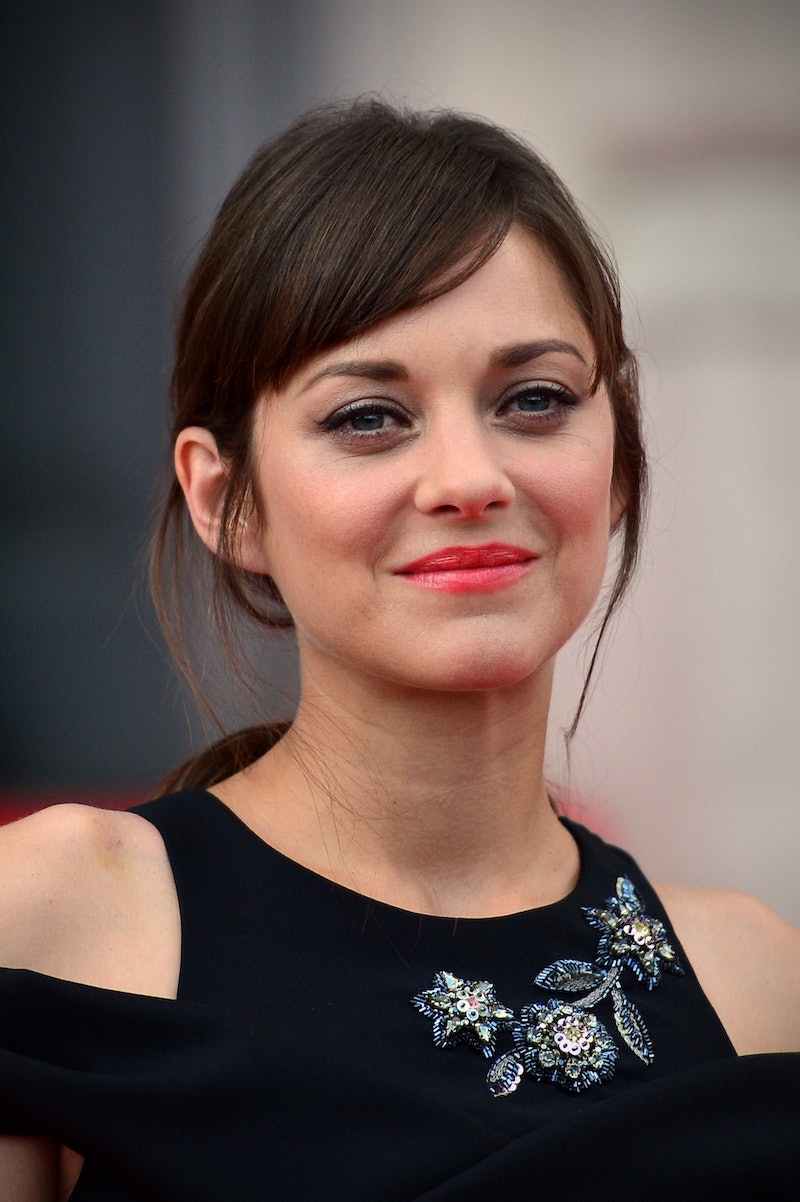 French fries, pizza, coffee and Marion Cotillard: These are the things I am absolutely, 100 percent sure are perfect. Cotillard is one of those celebrities who quietly exists on the big screen and most exclusive red carpets, staying pretty much under the radar except for the fact that it's basically impossible not to notice her. She's naturally stunning, and whenever I see her in a film, not only am I impressed with her acting ability, but part of me is always simply amazed by her beauty and style. Cotillard is up for Best Actress for Two Days, One Night at this year's Academy Awards and although her nomination surprised some people, Cotillard's choice of Dior Haute Couture on the red carpet isn't too surprising at all (she's a BIG Dior fan) — and she looks completely, totally next-level gorgeous.

It's fair to say that Cotillard's Dior gown isn't going to be everyone's cup of tea. It's polka-dotted, with a very specific, different detail in the back of the gown. It's one-of-a-kind. It's couture. But it's also Marion Cotillard, who can do no wrong in my book. Even if this look isn't my favorite of all time, Cotillard is expressing her personal style on the red carpet effortlessly. And those earrings? Stunning.

Cotillard has worn designs from fashion houses like Dior (over and over again) and Jean Paul Gaultier in the not so distant past. And, in general, Cotillard is known for her amazing sense of style, always complete with a French flair. The award-winning actress has been on many a best dressed list, and while I could certainly see some critics putting her on the worst dressed list this year, she still looks amazing. Cotillard is a red carpet favorite, and can easily pull off a variety of styles and designers. Her choice of the polka-dotted Dior is a perfect mix of her personal sense of style and a chic, trendy design aesthetic. It's effortless.

So how does this compare to Cotillard's past Oscar looks? Cotillard won an Oscar for her performance in La Vie en Rose in 2008, and wore a white, textured Jean Paul Gaultier number on the red carpet.

In fact, Cotillard seems to be a big fan of white gowns in general; she wore a gorgeous, structured Dior haute couture gown to the 2015 Critics Choice Awards in January 2015.

But she isn't all about white dresses. The actress wore a a midnight blue ball gown to the 2009 Oscars (Dior, again — surprise!), and looked just as gorgeous. Although, I have to say, white does seem to be her ideal color (so her choice for this year makes a lot of sense).

So, back to Cotillard's Oscar gown for this year. Better? Worse? Can anything compare to that 2008 Jean Paul Gaultier gown? Well, as most red carpet gowns go, there will be critics of this one, but for me, it's totally, 100 percent Marion Cotillard. It's her style, and that much is very clear. Which is what's really important, right?