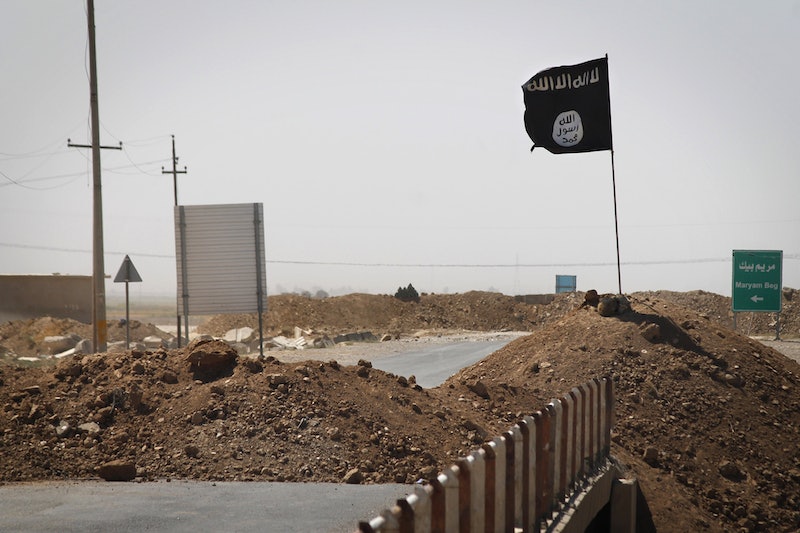 The families of three missing British schoolgirls looking to join ISIS broke their silence on Saturday, issuing public pleas to their daughters who may already be en route to Syria. The three teenagers, who between 15 and 16 years old, disappeared from their homes in East London on Tuesday and boarded a flight bound for Turkey, according to authorities in London. Now, their parents have released statements urging them to come back home before it's too late.

The family of 15-year-old Shamima Begum issued this statement to their daughter on Saturday:

We miss you terribly and are extremely worried about you. Please, if you hear this message, get in touch and let us know you are safe. We want you home with us. You belong at home with us. Syria is a dangerous place and we don't want you to go there. Get in touch with the police and they will help to bring you home. You are not in any trouble. ... Please don't cross the border. Please come home to us. Our Mum needs you home and is really worried. We are not mad at you, we love you.

Relatives of 16-year-old Kadiza Sultana, who left with Begum and another unidentified friend, also released a public statement on Saturday:

In your absence, we, as a family, are feeling completely distressed and cannot make sense of why you left home. Things have not been the same without you.

According to London Metropolitan Police, the three British teenagers boarded a Turkish Airlines flight to Istanbul from London Gatwick Airport on Tuesday. British authorities believe the teen girls are going to try to cross the border into Syria to join ISIS fighters.

On Friday, London police released still images from surveillance footage of the three girls as they walked through Gatiwick Airport, holding hands and several carry-on bags. The girls may be traveling under aliases, authorities said.

In a statement on Friday, Richard Walton, commander of London Metropolitan Police's counterterrorism unit, said he was "extremely concerned" for the three teenagers and the dangers they may face if they cross the Turkey-Syria border. "The choice of returning home from Syria is often taken away from those under the control of Islamic State, leaving their families in the U.K. devastated and with very few options to secure their safe return," Walton said.

The counterterrorism commander added that Scotland Yard was "reaching out" to the three girls via social media and the Turkish media, hoping that they "hear our concerns for their safety and have the courage to return now, back to their families who are so worried about them."