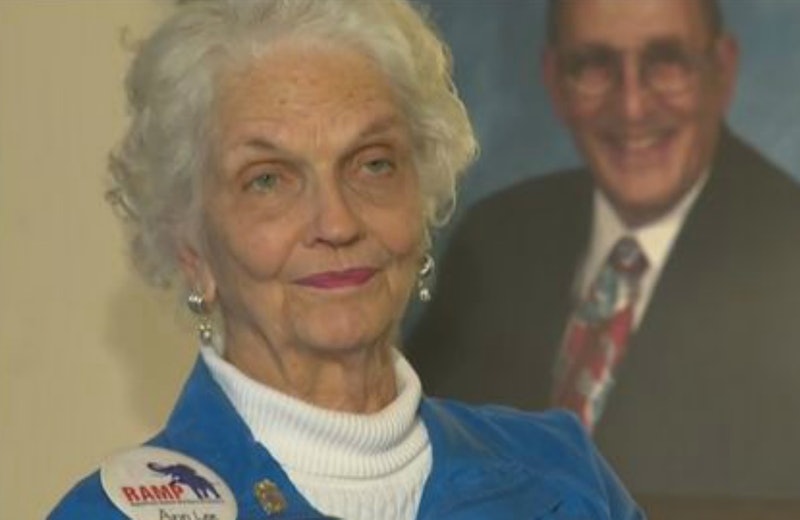 All across the country, the marijuana legalization movement is preparing for big things, and it's not hard to agree with the enthusiasm. Recreational marijuana use has become a state-level ballot issue with some momentum behind it, with activists in traditionally liberal and conservative-run states alike putting in the work — whether in California, the kind of state that you're surprised doesn't have legal weed, or Texas, a place you'd assume the contrary. In the latter, however, the movement has a bonafide star representative: Texas grandmother Ann Lee's leading a marijuana legalization movement, and it's getting a lot of attention.

Lee is 85 years old, and she's keenly aware of the unique influence she's able to have on the marijuana legalization debate, both by virtue of her position as both a conservative, and the uniqueness of a woman coming to support cannabis use over time. A dedicated Republican, Lee's views matured over time — according to KHOU, her opposition to marijuana changed when her son suffered a debilitating accident. He was left in need of a wheelchair, and he reportedly turned to marijuana to help treat his situation. While the precise details of his condition haven't been reported, this makes sense — even for simple pain relief, medical marijuana has shown promising signs.

Lee is playing an active role in her activism, as well — she's reportedly expected to travel to Washington, D.C. soon, to work on building support.

It's just me, I believe in this. ... We realized marijuana wasn't the weed of the devil which I had been known to say.

Essentially, Lee is an ideal representative of what ought to be a principled, conservative-backed movement for marijuana legalization. I've long felt that the GOP has missed the boat by not leaning hard on the advice of its libertarian wing on this issue, and it's a real shame — the same rhetoric of free markets and an overbearing government that can be easily, cleanly applied to the marijuana debate, and it's an enormous missed opportunity for them to smartly transition on a very in-flux issue.

After all, if Lee's story illustrates anything, it's the folly of assuming you know how somebody feels about marijuana based on their age, or their other prevailing politics. According to KHOU, she isn't just talking the talk — she reportedly eats an edible every now and then. Why shouldn't she be allowed to do so? That's not the small government conservatism she clearly favors, at the very least.

The government has no business telling you you cannot.

More like this
Michigan’s Governor Is “Going To Fight Like Hell” To Protect Abortion Access
By Andrea Zelinski
Celebrities & President Biden Are Enraged By The Leaked Roe v. Wade Decision
By Alyssa Lapid
Kate Middleton Is Hiring A New Assistant & The Job Description Is Very Specific
By Sam Ramsden
How To Fight For Reproductive Rights, Based On How Much Time You Have
By Courtney Young
Get Even More From Bustle — Sign Up For The Newsletter