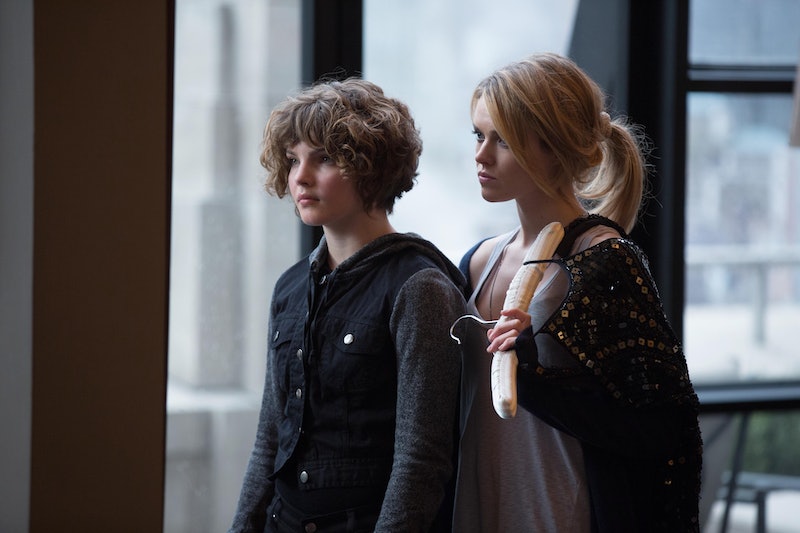 Barbara Keane hasn't been a very popular character on Gotham. Let's be honest: every single subplot she's had this season has gone absolutely nowhere. So will Gotham kill Barbara as their big season ending death? It could make for a really dramatic finale, with Jim realizing that people connected to him, however briefly, are affected by his career — because Gotham is basically a superhero story without the costumes — leading him to break up with the amazing Dr. Thompkins. Plus, the series could retcon a character that fans aren't responding to. However, it would also be one of the first big departures from the comics, because Barbara and Jim have always been married and had children before she's killed off or divorces Gordon in middle age.

It looks like for the time being, Barbara is sticking around on Gotham, even though she is carrying around the Omnipresent Scotch Glass of Death, the trope that always seems to preclude a TV drama character drunkenly getting behind the wheel and getting into a car accident. Maybe instead of ending the season in death, Barbara will finally realize that she needs to address her substance abuse problem. Her awful, awful rich parents aren't any help, but I'm sure with the combined efforts of Renee Montoya (who's been totally AWOL since we saw her unceremoniously dump Barbara) and Jim Gordon, she could find a good rehab program.

Renee is a recovering addict, and Gordon, as a veteran, should know at least a few soldiers who turned to substance abuse after combat and needed help getting clean, right? If Gotham really wants more "gritty," realistic plotlines, than this would be a good choice. I don't know why the show wants to be more serious, but it's impossible to get me to care about the stakes of a weekly villain — the best way to get pathos is through the characters we already know and care about. And I've been waiting for Renee to have something to do. Here's one of DC comics' best non-superpowered female characters, and they give her literally no material.

But for the time being, Babs is staying close to home and giving her old going out clothes to the adolescent Catwoman and Poison Ivy, all the while kind of creepily telling Selina how she's going to turn into a "beautiful woman," which seems like a kind of inappropriate thing to say to a teenager staying in your house who you barely know.

I guess this is supposed to be some kind of big moment for Selina, where she realizes that she'll get by with her feminine wiles. I personally love how currently, Selina is a tomboy who doesn't seem to care about how she looks, but maybe this will be Barbara's new profession of choice — turning street kids into savvy bad guys. In the comics, Barbara Gordon never got the chance to do anything other than support her husband and be victimized by the Joker a bunch of times, so I support her running a home for wayward supervillainesses... just please get help for your own issues first!