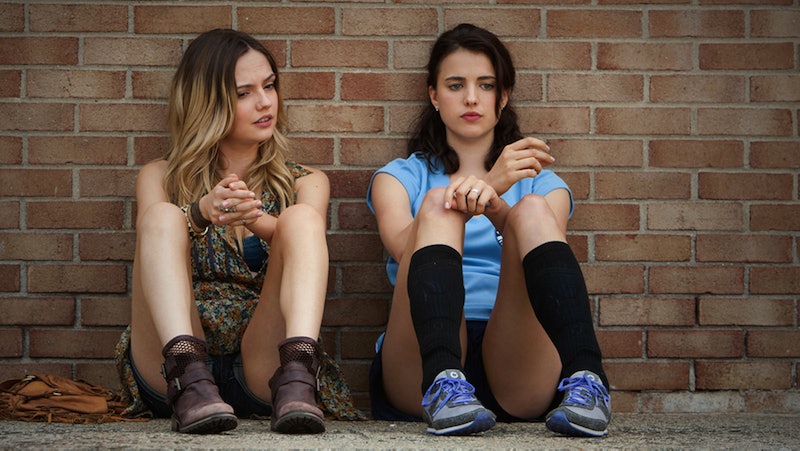 Depression is quickly becoming one of the United States' biggest health worries. The usual statistic we know is that one in 10 Americans will seek help for depression at some point in their lives, but the diagnosis level is growing rapidly, and a lot of people with clinical depression — up to 80 percent, by some estimates — aren't getting help for it. So the chances are high that, if you don't suffer from depression yourself, you will have somebody close to you who does. The first step to helping someone with depression is to understand the disorder: depression, in medical terms, is characterized by persistent low mood and "anhedonia" (the inability to feel pleasure) over long periods. It's a long-term and serious condition, and will require professional help as well as the support of family and friends to get through.

I was diagnosed with depression six years ago, and have had all kinds of reactions from friends, from point-blank refusing to believe that depression is a "thing" to saying things like "Oh, I had a really bad time last week — maybe I have depression too!" Support has to be more sensitive and nuanced than just "cheering us up," and we're not being difficult on purpose. People with depression would often love nothing more than to be cheerful and happy again, but various factors are preventing them from achieving it.

Your role as a supportive friend has several elements, all of which you'll need to figure out in your own way — but here are 10 suggestions, as someone who's been on the other side of things.

1. Don't mistake it for laziness or encourage them to be "stronger."

People with depression have a serious mental disorder that can't be conquered with willpower or simply changing their outlook. If you're helping a mate with depression, don't tell them to snap out of it, bully them into feeling happy, or relate a time when you were sad about an issue but "thought positive" and resolved it for yourself. Just like people with broken legs, they aren't weak or lacking willpower: they just have an obstacle preventing them from normal function. Familiarize yourself with depression as a disease and what it looks and feels like.

2. Encourage them to get help.

One of the best things you can do for somebody with depression is to encourage them to get some serious help. Your job is not to fix them on your own. Therapy, a doctor's visit, a counseling session: all can be part of helping them manage their condition.

3. Pay attention to their self-care.

Depressives having an episode often find it difficult to perform appropriate self-care by eating properly, sleeping at correct times and on a regular schedule, having social time, or keeping themselves and their environments clean. Pay attention to this and encourage them to take care of themselves, even in small ways, from taking them grocery shopping to making sure they're out of bed.

Exercise is very good for depression, as is leaving the house. Having somebody enforce the idea of a walk is a good way to get them outside, but you don't have to natter on cheerfully if they're feeling exhausted and quiet; just listen non-judgementally, and make it clear that you still love their company even if you're walking in companionable silence.

Depression is characterized in many cases by serious patterns of negative thinking about self-worth. Cognitive behavioral therapy specializes in helping people recognize those patterns and come to question them, but non-therapists can help too. In practice, this means that if somebody says "I'm so horrible," "Nobody likes me," "I feel worthless," or other depressive statements, don't immediately protest "No you aren't!"

Instead, try to get them to challenge the unhelpful thoughts by thinking empirically: encourage them, by saying "Why do you say/think that?", to talk about specific examples and how they make them feel. For instance, if they say "Michelle never called me back, so she must hate me," get them to think of other interpretations of that evidence.

6. Know the signs that they're entering an episode.

Keep tabs on your mate and notice what tends to precede an episode of bad depression. If they start doing things like eating biscuits instead of dinner or sleeping until 4 p.m., let them know you're concerned; sometimes depressive people are bad at self-monitoring, and an early warning can help them take measures to prevent a bad episode.

Being friends with a depressive person can be seriously hard. But threats are often not the answer. "If you don't cheer up/take care of yourself/eat dinner, I'll stop talking to you" is not a great way to help, because depressive people already have negative thoughts about deserving bad treatment.

Punishment's not going to be an incentive for them to change their behavior; it'll just "prove" how awful they are. Instead, try to be positive and praise them when they do good self-care — don't be condescending, but a simple "Hey, you made food! I know that must have been hard for you – want me to wash up?" is a good start.

Depression doesn't magically disappear once people start getting therapy or taking mood-altering drugs. It's often a lifelong condition that requires frequent management, and sufferers simply become better at challenging their thought processes and doing good self-care when they're down. Even when your friend is trying as hard as they can, there will still be very bad periods. Expect these.

9. Check in with them on bad days.

Even if you're not great at communicating emotionally, a simple gesture to show you're thinking of them when they're having a bad time will help enormously. Something as small as a text message can make a huge difference. Just a "Thought of you today" or "How you doing?" is enough.

It's not your job to fix or save a depressive friend, and sometimes the experience can be difficult and draining. Seek support and advice from support networks and experts, and remember to take time for yourself when you need it.

The best friends to depressives are the ones who know when to put their feet down, step away, and give it space: otherwise the hard slog will just end up pulling them down.