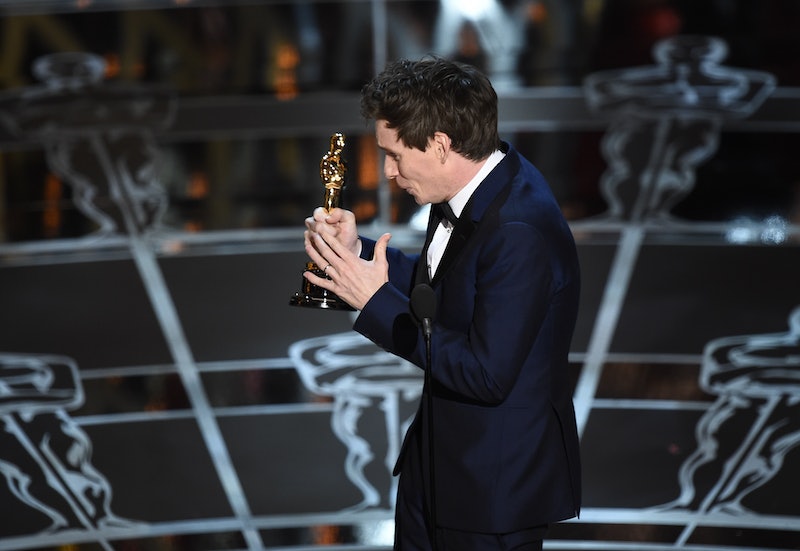 Even though five actors were nominated, this year's Oscar for Best Actor really came down to two options: Michael Keaton and Eddie Redmayne. And what do ya know, the Best Actor Oscar went to Eddie Redmayne for his role in The Theory of Everything. Congrats, Eddie! Even though we know you still can't believe your name was called, you really did it!

Redmayne winning the award isn't exactly a surprise as he already won a Golden Globe for Best Actor in Drama, and BAFTA and SAG awards for Best Lead Actor for his portrayal of Stephen Hawking in the film.

Nominated along with Redmayne was Keaton for Birdman, Steve Carell for Foxcatcher, Benedict Cumberbatch for The Imitation Game, and Bradley Cooper with his third nomination in three years for his role in American Sniper.

Accepting the award Redmayne clearly couldn't believe the award was his. Looking down at the Oscar in his hand, he let out a little squeal, and was sure to mention, "I'm fully aware that I am a lucky, lucky man." He dedicated the award to the Hawking family and noted, "It belongs to all the people around the world battling ALS."

Check out his stunned look: