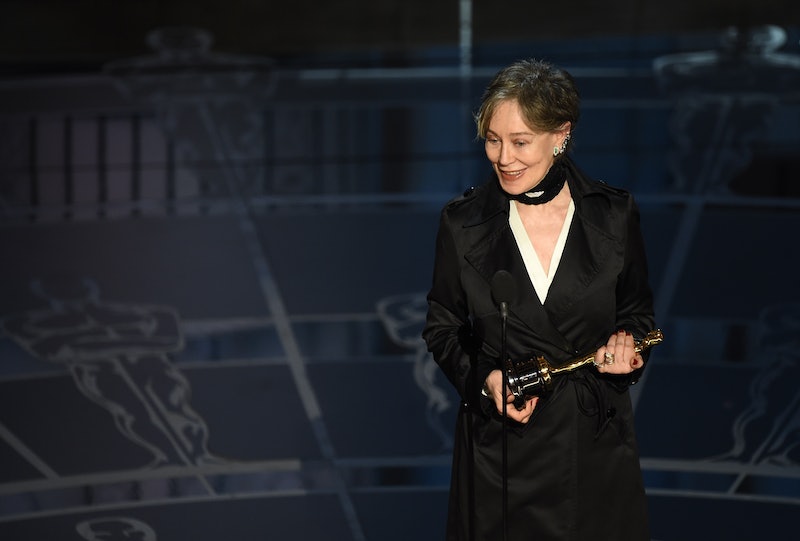 Best Costume Design is a fun category at the Oscars for a few reasons. One, some films that you might have loved but that were not nominated for top awards get their moment in the spotlight. Two, we often get to see the cool sketches of the costumes before they were made. And three, it's just a fun award for anyone who like both movies and fashion design. This year, the Oscar for Best Costume design went to The Grand Budapest Hotel , and after seeing these particular designs come to life, it's hard to deny designer Milena Canonero deserved it.

The Grand Budapest Hotel was nominated alongside, Inherent Vice, Into the Woods, Maleficent, and Mr. Turner. Clearly, there's a wide range here — everything from the fairytale-style costumes of Into the Woods to the haunting black capes and horns of Maleficent — but in the end, the colorful costumes that brought so much life to Wes Anderson's film of led The Grand Budapest Hotel to take home the Oscar.

Accepting the award, Canonero focused her thank you's on director Wes Anderson saying, "You are like a conductor. You are a like a composer... And you inspire all of us. If it wasn't for you this movie — I couldn't have done it this way."

Over her lengthy career, Canonero has previously won Academy Awards for her costume design work on Barry Lyndon (1976), Chariots of Fire (1982), and Marie Antoinette (2007).