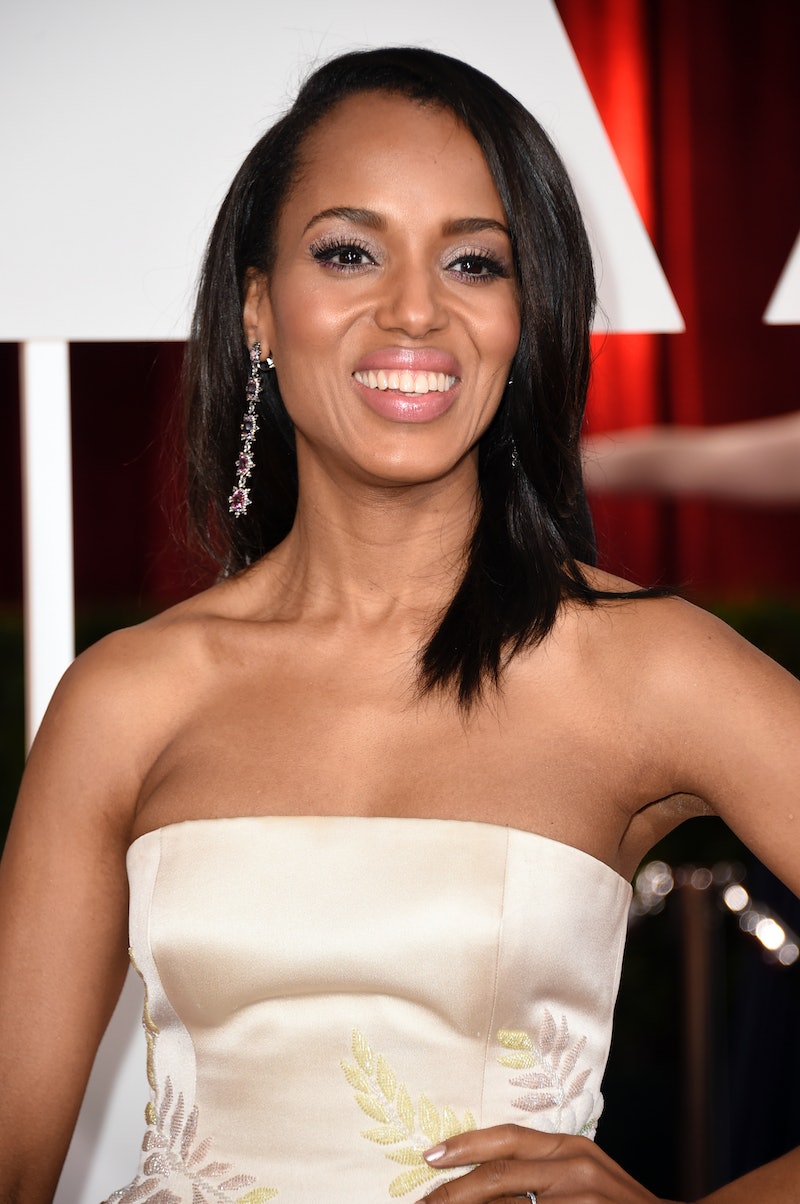 Olivia Pope usually doesn't mess around when it comes to red carpet excellence, and her Academy Awards look this year is no exception. Kerry Washington just arrived at the 2015 Oscars wearing a sleek gown and she looks predictably fantastic. Her dress balances just the right amount of elegance and playfulness, just as she always does.

Washington will be presenting at tonight's ceremonies, and I'm looking forward to seeing her take the stage in this strapless, cream-colored satin frock. The Miu Miu-designed number fits her like a dream, and sports an architectural peplum embellished with beads that should make all peplums proud. The skirt appears to be embellished as well, giving the dress the look of a very chic two-piece set. I applaud the fact that she opted not to go for a necklace, but instead chose to rock a pair of statement earrings. She kept her makeup simple, and her hair sleek and straight.

Who cares if some people were strangely ambivalent about Washington's Golden Globes dress? I mean, I thought it was fine, but the hem of it was definitely a divisive issue. This time, she decided to go for a floor-length gown, and she hit it out of the park. Hats off to you Ker-bear. You deserve an honorary degree in keeping it classy.