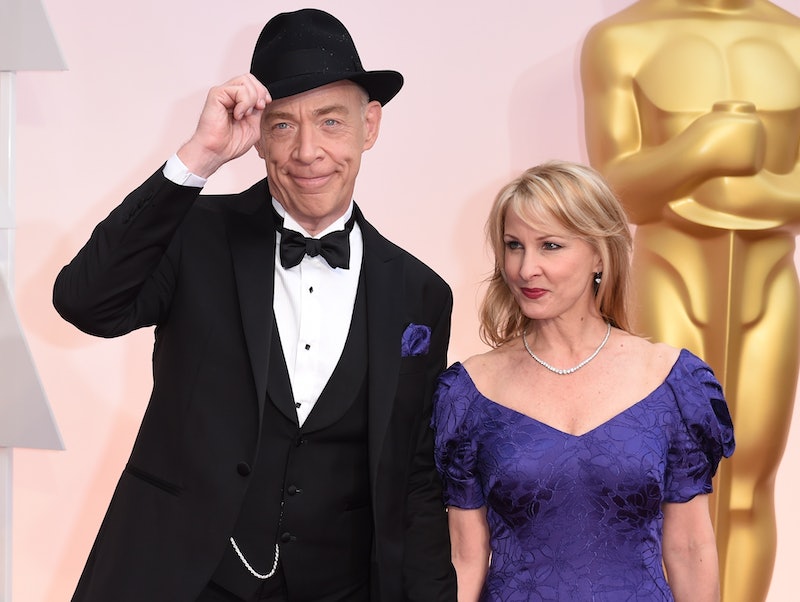 Oscar nominee for Best Supporting Actor JK Simmons, best known for his roles in Law & Order and Oz, showed up to the Academy Awards wearing a hat. Groundbreaking. Naturally Twitter blew up with commentary about Simmons' black top hat, from very positive encouragement to snarky jokes, but I guess we can't expect anything less from the internet.

I personally think JK Simmons' hat looks fine. Dare I say, dapper? He's an older gentleman—why wouldn't he be able to pull off a hat? It's not like it's anything extreme like Pharrell's hat at the 2014 Grammy Awards. Not to mention, it's pouring rain in Los Angeles, so it is just downright practical to wear a hat and protect your face from the rain, but I digress. The Twitterverse, like always, had varying opinions on the matter.

Many Twitter users are wondering whether Simmons' hat is actually supposed to be part of his ensemble or if he just threw it on last minute due to the weather or as a joke. According to Twitter user @JoeCunningham14, The Guardian described Simmons' hat, "like that time Bjork wore a swan only a lot less exciting." That about sums it up.