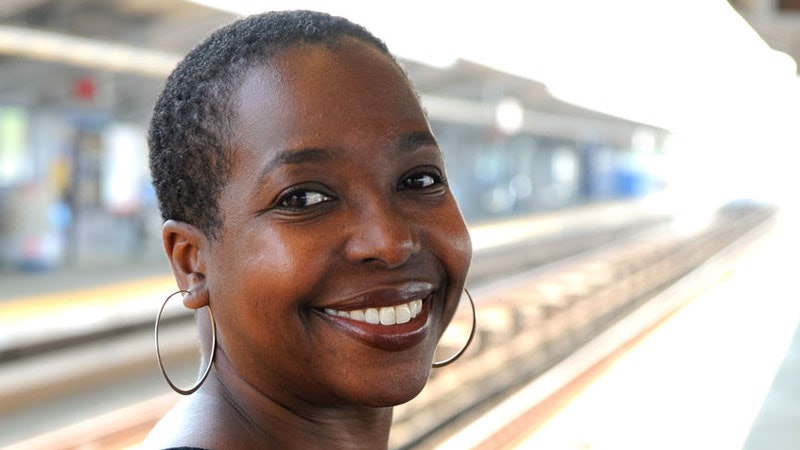 Often, when authors attempt to infuse the political into a novel, the results are choppy or overwrought. Disgruntled by Asali Solomon (Farrar, Straus & Giroux) has no such problems. The story is intimately connected to the political — specifically the politics of Black nationalism in the 1980s — but the personal, not the political, is what takes center stage, making Solomon's story novel nuanced and thoughtful. Here, politics are as messy as they are in real life.

As the story opens, Kenya Curtis is 8 years old, and knows that her family is unconventional. They celebrate Kwanzaa instead of Christmas, they don't eat pork, and she isn't allowed to recite the Pledge of Allegiance. And once a week, her parents and their friends get together to discuss Black nationalist ideology and strategy for implementing progress locally.

Over the course of the novel, Kenya's life undergoes numerous changes — varied living situations, schools ranging from a mostly Black West Philadelphia public elementary school to a mostly white suburban prep school, and friends both black and white. But no matter where she is or what direction her life takes, the ideals of her house-painter-slash-philosopher father never really leave her mind, both for better and for worse.

The novel achieves the impressive feat of portraying a political ideology as both solid and flawed, as being true without being perfect. Politics tend to paint things in terms of absolutes, leaving little room for the nuances of real life; this is one of the reasons many novels written with express ideology in mind seem heavy-handed or lacking in complexity. But in Disgruntled we see an insightful and nuanced view not just of a political ideology, but how such ideology impacts real people. How do people navigate their politics — and navigate the world with their politics in mind? In what ways do political ideologies sustain us, and in what ways do they let us down? And can people really live up to their beliefs in their personal lives?

Solomon's exploration of how the political fits into the personal is what elevates the story to something that is not only compelling as a narrative, but intellectually compelling, too.

Solomon's thought-provoking and perceptive novel gives us a protagonist whose life is forever influenced by black nationalist thought and tenets, and who grows up trying to figure out how to square such seemingly straightforward things with the messiness of real life. What do you say to a white friend who won't admit she thinks you should date someone because he, too, is black? Or the white friend who feels entitled to use the n-word "ironically"? What do you do when confronted with a parent's hypocrisy? And, perhaps most importantly of all, is it ever OK to just want to live your life for a while?

Kenya Curtis' coming-of-age story is fraught and touching and painful and very, very human. But Solomon's exploration of how the political fits into the personal — as well as her insightful handling of black nationalist thought — is what elevates the story to something that is not only compelling as a narrative, but intellectually compelling, too. It's a novel that should not be missed.