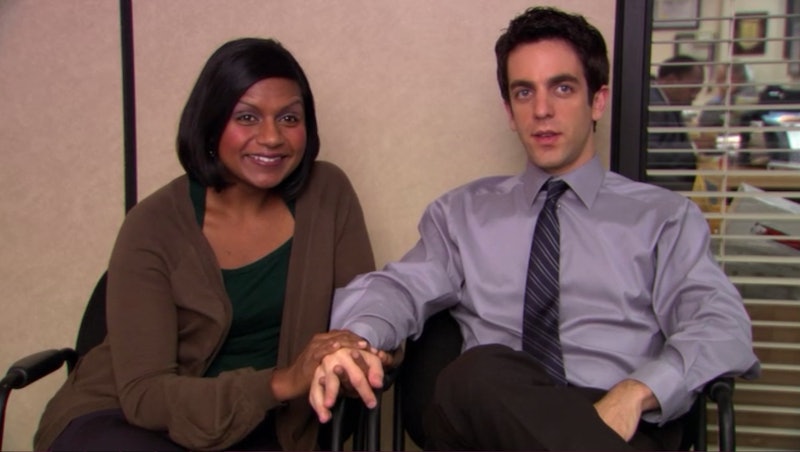 Dating can be hard, especially because so much of it, despite all of our effort and most optimistic energy, turns out to be a giant waste of time. Well, even the "wastes" aren't entirely useless: Even when relationships don't work out, you can be fulfilled by them for having had interesting experiences and learning things about yourself, other people, and what you do and don't want from a relationship. All of that is important, and we should value the experiences that give us that information, even if those "experiences" involve having nothing to talk about with someone who smells bad and makes racist jokes. But, that said, there's really nothing that can take the sting out of spending weeks dating someone only to find out they're actually a registered sex offender, or believe they've had contact with aliens and that the FBI is after them as a consequence. Or just that they're utterly boring, you have nothing in common, and you can't wait for the date to be over so you can hang out with your friends. That is when dating can truly turn into a huge waste of time for you and everyone else involved.

It's generally pretty easy to know when you're not wasting your time: When you've got butterflies in anticipation of seeing someone, and when you see them it's wonderful and awesome and everyone is throwing their heads back laughing and you feel like you're being treated well, listened to, and respected. Feeling happy is never a waste of time. Sometimes though, it can be more difficult to tell if you are wasting your time. When you're dating, you often find yourself making excuses like, "Maybe our next date will be better," or "I'm taking my time deciding," or "It's not like we said we were official." All those can be legitimate too—sometimes first dates are awful and second dates are wonderful. Sometimes it takes a while to really open up to someone, and sometimes the exclusivity discussion really hasn't occurred because you're genuinely not at that place yet. But sometimes all these excuses are merely placeholders for ending your relationship with someone. Here are six signs you're probably just wasting your time with someone, and you should get out sooner rather than later:

1. You don't find yourself imagining a future with them

You don't ALWAYS have to imagine a future with someone you're dating in order for it to be worthy of your time. Sometimes you're just dating for what it is, a bit of fun, and you're perfectly comfortable with it being short term. But when you're not even thinking about the future in a "when am I going to see them next weekend?" kind of way, then you're probably (definitely) wasting your time. You should always be able to see some sort of future with the person you're dating, even if it is only a few days into the future.

2. You only hang out with them as a last option

If you find yourself on dates because you're looking for something to do and all your friends are busy, then you're wasting your time. Hang out alone instead. They invented Netflix binge watching specifically so you wouldn't have to go out on lackluster dates to pass the time.

3. You're seeing other people

Granted, there's a lot to be said for dating around. Spending time with multiple people in the same calendar month isn't, on its own, a sign that you aren't legitimately interested in any of them. But if you've been seeing someone for a while, and you're still actively seeking out other suitors while dating them, it's probably a sign that person isn't for you, and that you'd be happier elsewhere, so don't waste your time seeing that person when it could be better spent on the prowl.

4. They're seeing other people

On the other hand, if you're totally into someone but they wont commit to you exclusively and keep seeing other people, then they're a waste of your time. You should really only give your precious love to people who are willing to give it back to you on terms that satisfy you both. One person having their cake and eating it too never works out for the best.

5. Your texts/calls are never returned

If someone is too goddamn lazy to send you a thirty second text reply within an hour of you texting them (unless they're, I don't know, an OB/GYN who is literally delivering a baby), then they're not worth your time. Think about it like this: they're not willing to give up their time to contact you, so therefore they're probably a big fat waste of your time.

6. They don't ever prioritize you

Not responding to calls or texts is one thing, because as I mentioned sometimes there's a legitimate excuse. But that behavior paired with always being "too busy" to make plans with you is a sure fire sign they're worried they're wasting precious time with you that could be better spent doing other things. You should always be with someone who wants to be with you. You should be in someone's top three priorities (work, significant other, family, in whatever order is most pressing at any given time), because everything else on the list isn't a priority at all, it's just an option—Don't be someone's option.

7. You're not interested in introducing them to your friends

Sure, you want to get a little one-on-one time under your belt before bringing any new person around your friends and family. That's normal and healthy. But if someone is such a snoozer or so embarrassing or so insignificant to you that you don't ever find yourself wanting to bring them around your friends then you're one hundred percent certainly wasting your time. You're not really serious about someone you don't want to introduce to your friends, and if they're not good enough for your friends to even have one or two drinks with on a night out, they're certainly not worth you spending your valuable time with.

8. They make you feel less than worthy

If anyone's treatment of you makes you feel consistently bad (be able to differentiate from say, natural and healthy disagreements as opposed to emotional manipulation or plain, downright meanness), then they're a hot bag of poop you should discard of immediately. Dating should make you feel predominantly good, and if someone makes you feel predominantly bad, that's the clearest sign for you to move on.