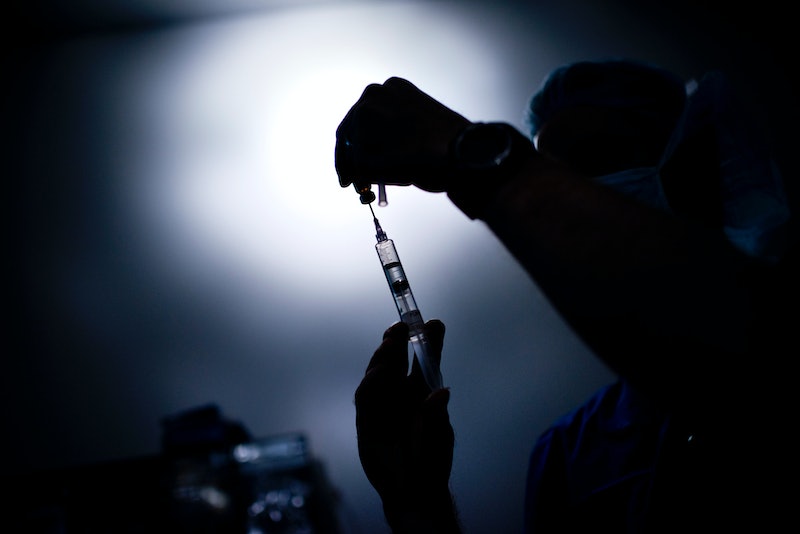 In the run-up to an election year, discussions on topics like abortion and capital punishment often begin surfacing, acting as something of a litmus test for both voters and potential political candidates and legislators. This election cycle, the dialogue kicked off much earlier than expected: On Wednesday, the state of Georgia is scheduled to execute prisoner Kelly Renee Gissendaner — the first female inmate to be given the death penalty since Lena Baker in 1945, CNN reported on Monday. The execution comes at a shaky time as the country debates the necessity of capital punishment at both a state and federal level.

Gissendaner, 47, was convicted in 1998 of first degree murder after recruiting her then-lover Gregory Bruce Owen in a plot to kill her husband. Gissendaner and her husband, Douglas, had suffered a troubled marriage from the start, first divorcing in 1993 and then re-marrying in 1995. The second round of marital bliss didn't last long: By 1997, Gissendaner, a mother of three, had begun an affair with Owen, who urged her to obtain a divorce. Gissendaner insisted that it would be better to kill Douglas Gissendaner instead and collect his $20,000 worth of life insurance policies.

On the night of Feb. 7, 1997, Owen hid near the couple's home in Auburn and when Douglas Gissendaner arrived, Owen forced him into his car at knifepoint and drove him to a wooded area in Gwinnett County. After striking him in the head with a nightstick, Owen stabbed Douglas Gissendaner in the neck eight to 10 times. When Kelly Gissendaner arrived on the scene moments later, the two lit her husband's car on fire and hid the body in the woods.

It was a coldblooded case of murder to be sure — Owen himself testified later that he had taken Douglas Gissendaner's watch and wedding ring to make it look like a robbery gone wrong — but even now, with both domestic and foreign media reporting the details of Gissendaner's last meal to a frenzied public, things have gone from chilling to downright morbid, prompting questions about the necessity of the death penalty at all.

Our system of justice is the best in the world. It is comprised of men and women who do the best they can, get it right more often than not, substantially more right than wrong. But there's always the possibility that mistakes will be made. It is one thing to put somebody in jail for an extended period of time, have some new test that you can do and determine that person was, in fact, innocent. There is no ability to correct a mistake where somebody has, in fact, been executed. And that is from my perspective the ultimate nightmare.

President Barack Obama, too, has cast a wary eye on the process, citing a recent execution attempt in Oklahoma that went terribly wrong. Clayton Lockett, 38, had been convicted in 1999 of shooting a 19-year-old woman and watching accomplices bury her alive after she threatened to turn him into the police for robbery; on the day of his scheduled lethal injection, a series of grisly errors and oversights on the state's part left Lockett, who had tried to commit suicide to avoid execution, writhing in pain on the bed, bleeding and seizing for nearly an hour and a half before finally passing at just after 7 p.m.

When questioned about the "botched" execution by German press later that spring, Obama stated that, while he felt the sentence may have fit the crime, the serious accusations of mishandling and the inhumane treatment were "deeply troubling."

Last Wednesday, dozens of witnesses flooded a Washington State House Judiciary Committee hearing in support of abolishing the death penalty, with many citing the prolonged wait period as problematic for the victim's loved ones. Former State Sen. Debbie Regala said:

I do think that all of them would agree with me that we would like the perpetrator caught and prevented from killing another person. Of course more than anything what we would like is to have that family member back, but we know nothing makes that happen.

Another witness, Tyana Kelley of Spokane, Washington, whose 88-year-old uncle was beaten to death by two teens in 2013, added that she was glad her uncle's killers had not been sentenced to death, due to their respective ages, and indicated that a capital punishment sentence would have further traumatized her already grieving family. She said:

Because there will be no long drawn out of process of appeals, our family is already in the healing process. If we were forced to go through years or decades of hearings, trials and appeals it would just reopen this wound again and again.

On Friday, Democratic Oregon Gov. Kate Brown also stated that she would be upholding a ban on capital punishment set by her predecessor, the recently resigned Governor John Kitzhaber. "There needs to be a broader discussion about fixing the system," she said. "Until that discussion, I'm upholding the moratorium."