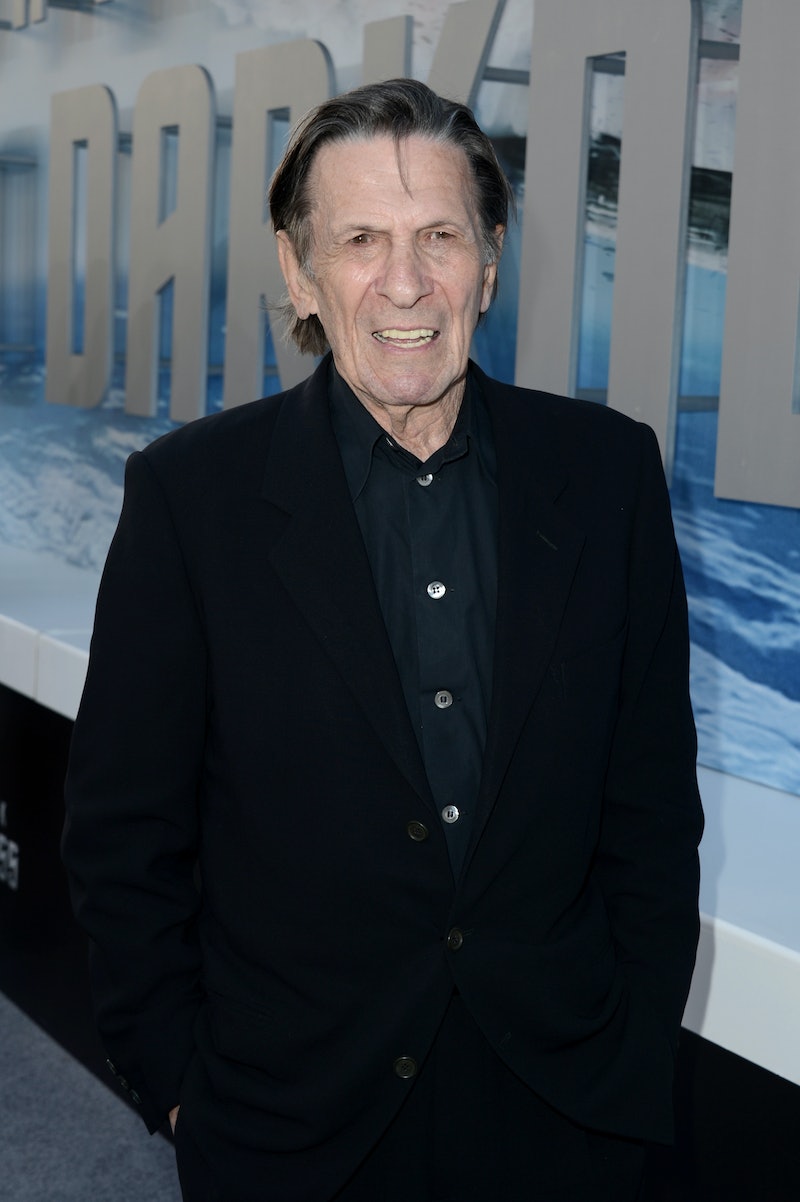 Star Trek actor Leonard Nimoy was hospitalized for severe chest pains last Thursday. TMZ reports that he was rushed to UCLA Medical Center after calling 911 and that he has been "in and out of hospitals multiple times" over the past few months. His reps have not yet responded to comment, but the star has seemed in good spirits with his tweets over the weekend. On Sunday afternoon, he shared a piece of poetry from his book There Words Are For You titled "You and I Have Learned," and later that night, he wrote, "A life is like a garden. Perfect moments can be had, but not preserved, except in memory." Both tweets were signed with his signature, "LLAP," meaning it likely wasn't sent by someone from his PR team.

In February 2014, Nimoy revealed that he was suffering from COPD, a lung disease that he blames on smoking for 30 years. The 82-year-old actor was seen wearing an oxygen mask in public, and used that moment to urge young people not to start smoking at all. At that time, he also updated fans on his condition, writing, "I'm doing OK. Just can't walk distances." We wish Nimoy a speedy recovery, or as Spock would say, live long and prosper.